Jumorrow Terra Johnson (JTJ) has a long and sordid history in regards to her associations with sex traffickers and wickedly corrupt nonprofits (including her own). She is the President of the Broward Human Trafficking Coalition (BHTC)

Let’s begin with an overview

I.   Let’s explore her relationship with two sex traffickers.
Consider that there are 1.6 million people in Broward county and out of this population JTJ extended an invitation (anti trafficking forum) to two individuals.

The owners (Leland Koble and Bonnie Lazarus) of the sex trafficking juggernaut called BEW BEGINNINGS HERE
... a trafficking house that has taken in 900 kids (according to owner Leland Koble). The scope compares with Epstein’s empire.
Jumorrow Terra Johnson (JTJ)

II.  PERJURY   The weapon against me by traffickers and their abettors has been falsified restraining orders because one only has to lie to get one and there is complete immunity for lies when filing and in court. A no risk proposition for the deceitful playing the “fake victim card.”

The injunction was to self expire on Feb 6, 2019.
I had no contact with JTJ. The temporary order should have extinguished on Feb 6, 2019. My attorney said the temp order would expire given no violations.

But it didn’t. It did not because JTJ seized the opportunity to commit perjury. I ordered a tape (disk) of the hearing pictured below with Judge Moon presiding.

She manufactured a complete lie.
She claimed I was POLICE ESCORTED out of an event that I was NOT present at NOR did I even know about. She even claimed that Homeland Security was present.

Despite making no complaint the day of the event (that I was not present at)... Judge Moon added one year to the restraining order.


On Feb 6, 2019 Jumorrow Johnson, President of the corrupt Broward Human Trafficking Coalition, showed up in front of 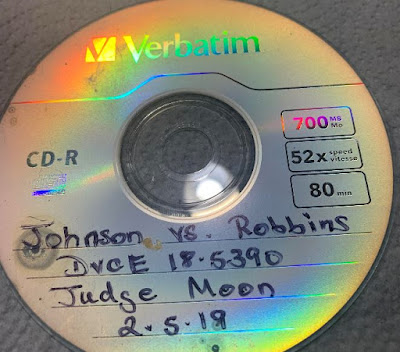 Part of hearing is transcribed verbatim below.
The complete is Here 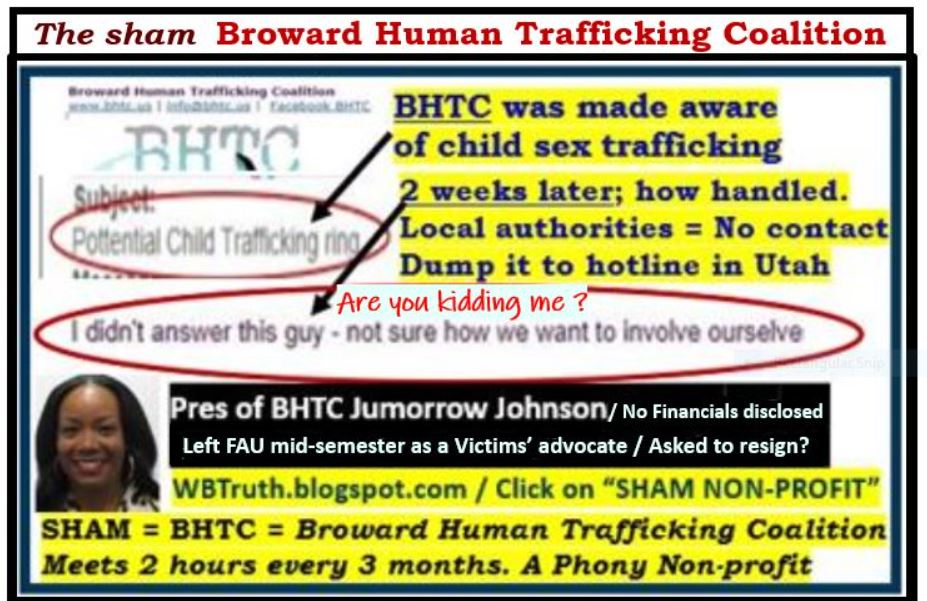