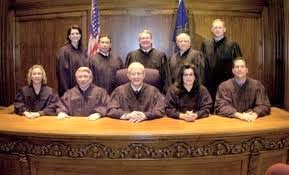 Many new Judges were sworn in after the KIDS FOR CASH travesty. The focus here is on the "new team" in place and whether or not trust is returning.


But as far as integrity in the court room and the fair rendering of decisions... I have heard no scandalous talk. A very auspicious sign. Like a good referee, the best ones are the ones you don't notice. I believe the same principle applies here. The Judges have carried out their duties with little fan fare... and in the wake of KIDS FOR CASH... I would give the new team of judges a solid grade "A" grade.

Even still, this doesn't mean a Judge won't make a deal with the devil, be corrupted, and have this corruption hang like fog in the court room. Please give serious thought to my suggestions.

Judges have very little accountability. I believe it is imperative that they there be some evaluation process.
1) A "black box" (with camera and video) should be installed in EVERY court room and Magistrate's office so Judges/Magistrates are accountable for their comportment and so decisions can be evaluated. The "good" judges should be clamoring for this!

2) Accreditation needs to be addressed. Accreditation is generally a voluntary program where an independent body evaluates a school or business entity. At Harris Corp where I worked an accreditation named ISO 2000 was in place. This gave confidence to government vendors that Harris Corp was using best practices.

Is there an accreditation system for the Judiciary?
If not, why not?
And why not start one?

The "SYSTEM" failed in KIDS FOR CASH. Playing musical chairs with the judges does not address how - with an unchanged system - that something similar could not occur again.

3) A Measuring system could be included as part of the accreditation process. Does a certain Magistrate rule in favor of police officers 95% of the time? Statistical outliers like this are symptomatic of bias. The numbers tell the story

4) All contributions of value (campaign or otherwise) sent by lawyers and others in the legal profession to the Judges should be prominently disclosed. Nobody should be forced to go in front of a Judge who received money from the opposing counsel. It is insane!

5) Judges should not be elected by the people. This is a farce. People have no way of authentically knowing the candidates. It has come down to "He who has the most cash wins." Having cash and posting thousands of signs has NOTHING to do with court room integrity. This sham need to be replaced by voters who are in more than skin deep.

A) This would provide a more balanced and informed evaluation.
B) Money would not be hemorrhaged on TV ads, billboards, and signs on every corner.
C) The playing field would be evened as money would not always win.


6) Drug tests and mental health checks need to be mandatory.

One may snicker at the "mental health" aspect... but a few years ago I went in front of someone who was in full blown dementia. This person was ranting and raving and turning red. I withdrew the case for the sake of his health. It was very frightening scene. The defendant and I worked something out because it was obvious to both of us that what happened wasn't fair.

Drug tests need to be given just like they are across the board in almost every line of work. The "big laugh" is when someone implies that the black robes mysteriously provide immunity from drug and alcohol abuse. Anybody knows that addiction plays no favorites.

Plus... what exactly is a Judge? A Judge is a lawyer who got votes. Usually they got votes because the are wealthier than the next guy. The point here is we put Judges on pedestals but they are as vulnerable as the rest of us.

KIDS FOR CASH = CARS FOR CASH

In comparing KIDS for CASH to CARS for CASH... let me begin by saying that it is a more serious offense to wrongfully jail a kid than it is to steal a car from a poor person. But both are abhorrent.

According to the Times Leader: Leighton acknowledged he called Glodzik to help people having vehicle trouble, but the calls had nothing to do with city business. “This is me just driving down the street,” Leighton said.

Time out while I puke at this disingenuous, schmaltzy, "I am a dutiful citizen" crap. 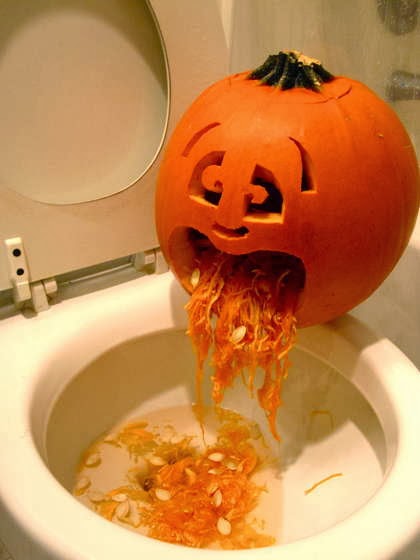 Let's all get on the same page:
1) Glodzik gave free tows - to cops - as kickbacks.
2) Glodzik price gauged citizens so he could give "cuts" to cops. These are called bribes.
3) Hundreds of complaints were ignored regarding damage to cars, price gouging, and autos being stolen.

Folks... we have (have had) an organized crime syndicate running through the police chief's office and the Mayor's office. There's no getting around it!! 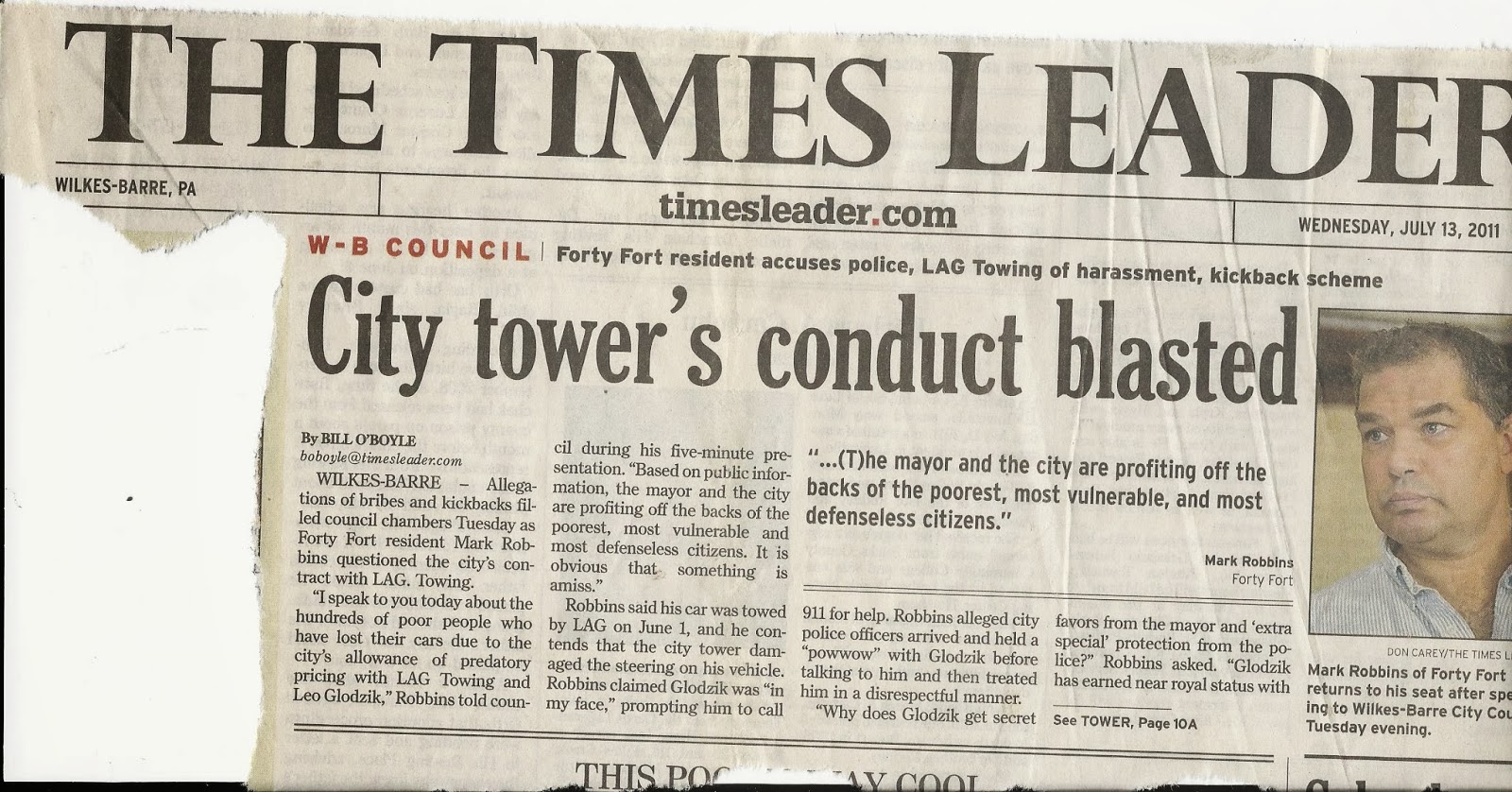 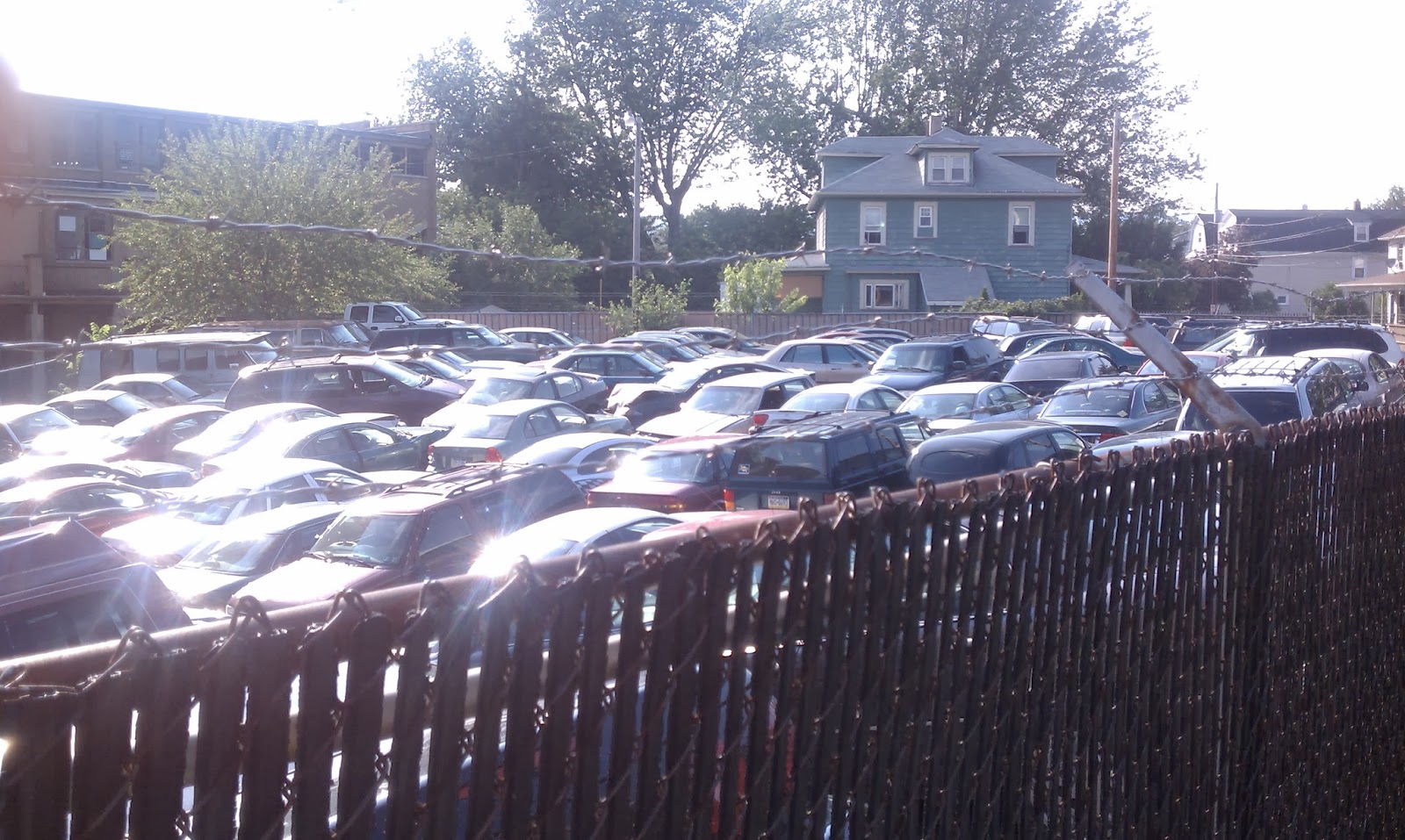 "CARS FOR CASH" was a well oiled auto theft ring.
It thrived because a victim literally had no one to turn to
Glodzik? No
Dessoye? No
Leighton? No

The uphill battle was so fierce that I took a polygraph test at my own expense to overcome the lies!!  LOOK AT THE PRICE GOUGING!! 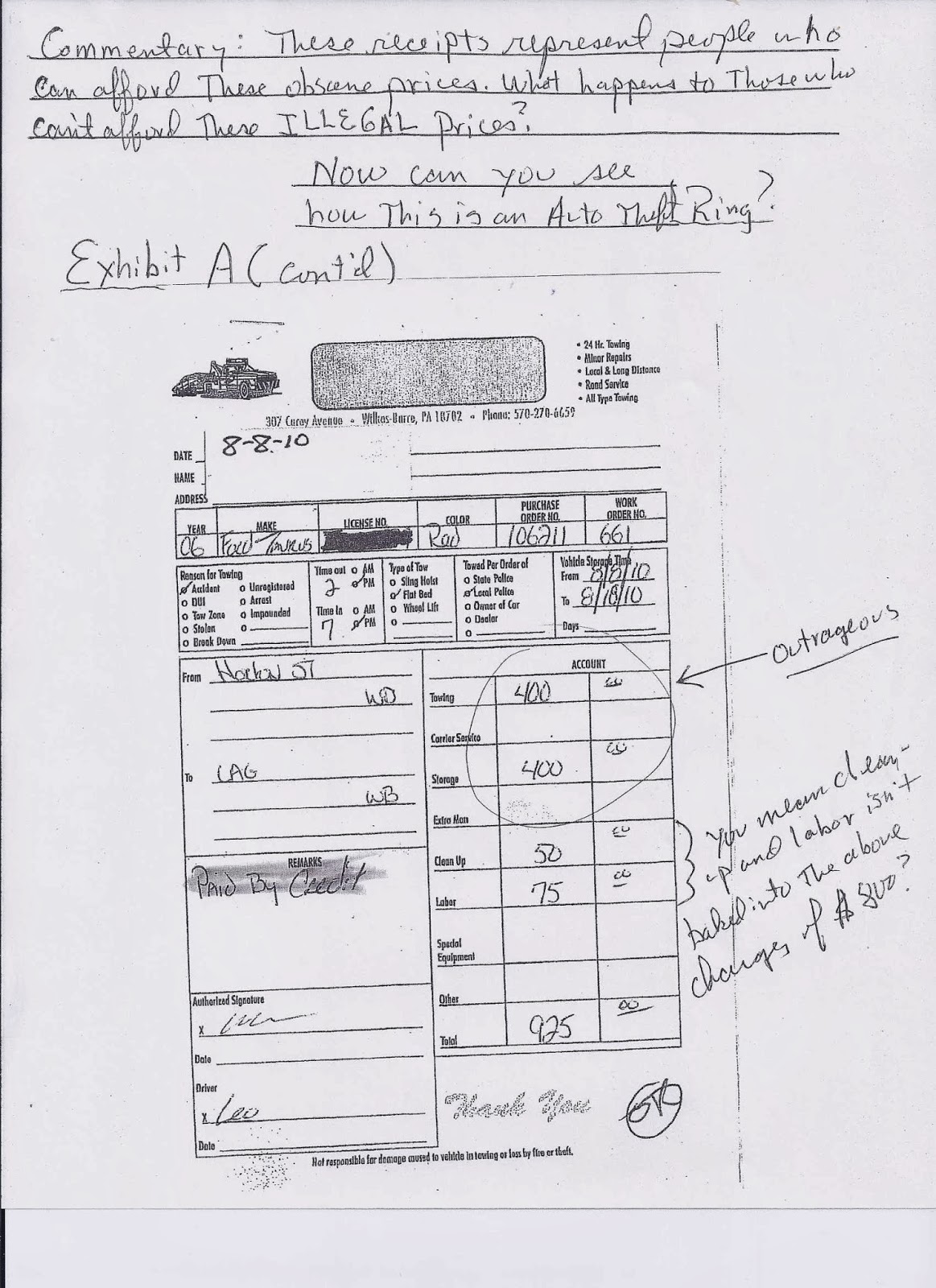 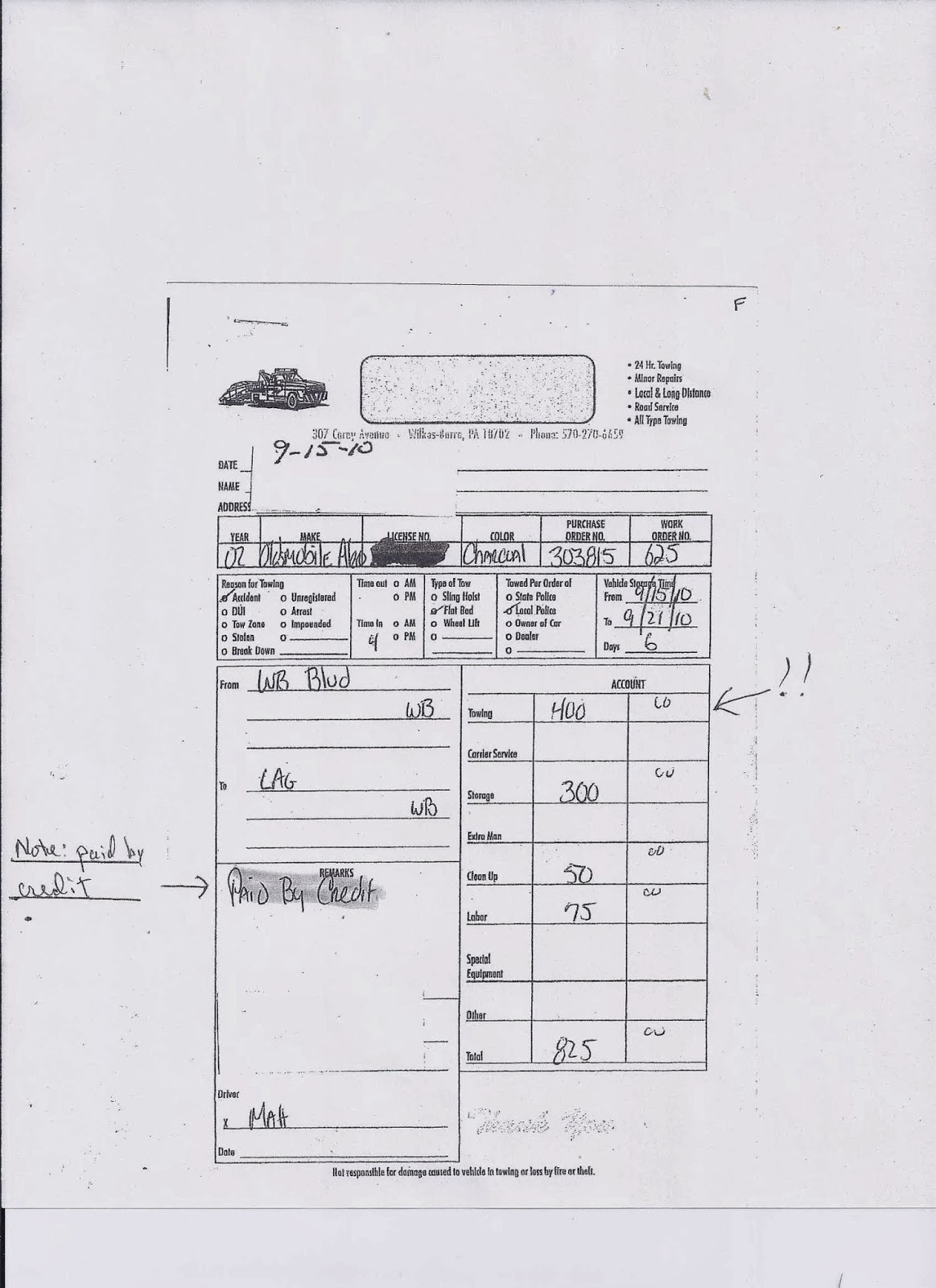 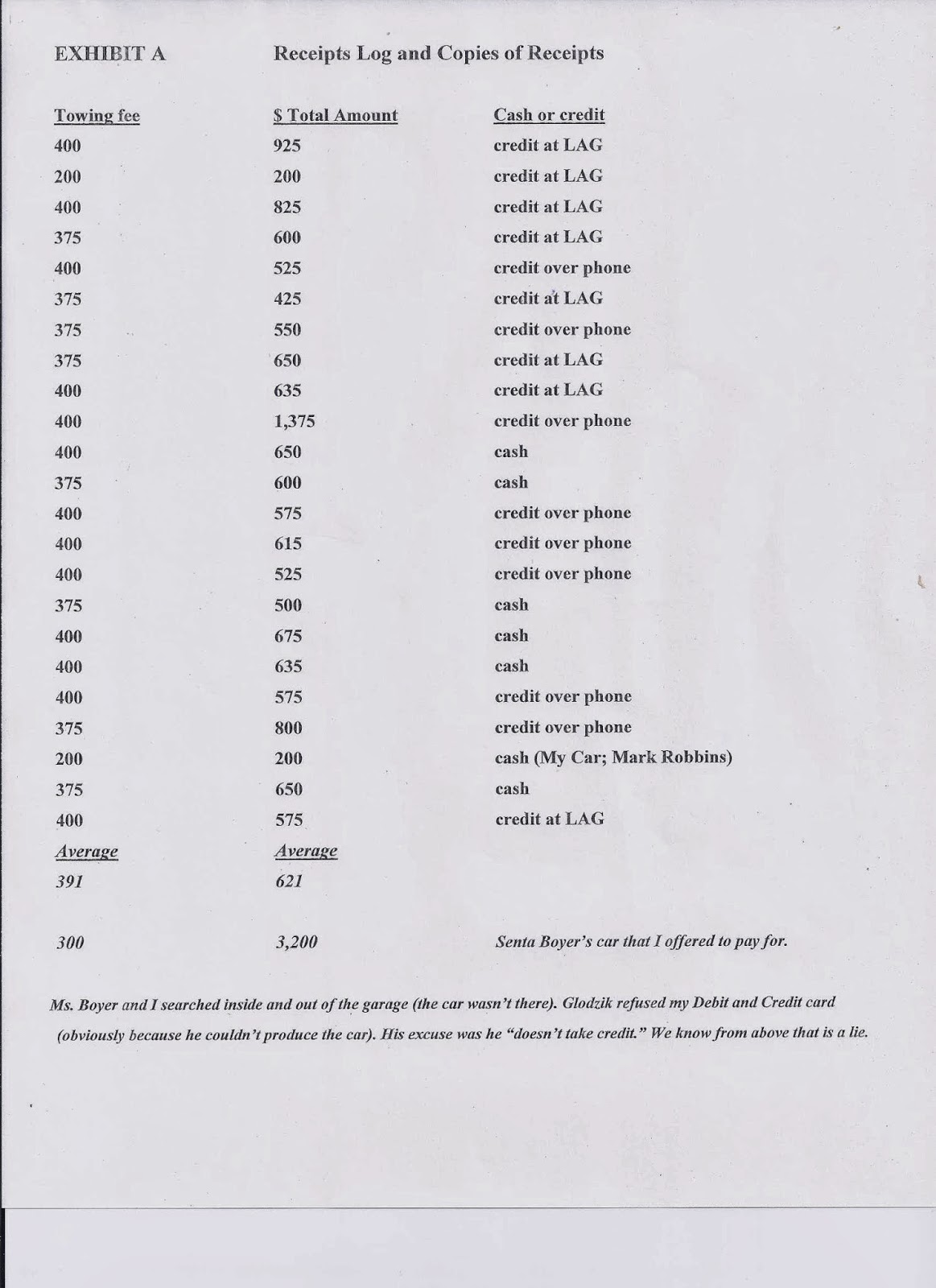 Does anybody honestly think these signs were missed by city officials?
1) Kickbacks and bribes
2) Additional bribes to all cops at Christmas time (liquor in the police station)
3) Leighton was in such a hurry to give the contract to LAG he trampled the rights of City Wide Towing and lost a law suit.
4) Captain Bob Hughes selling LAG cars at A1 Auto (How many stolen cars did Bob Hughes sell?).
5) Cops driving "Kickback cars" with LAG tags prominently displayed. 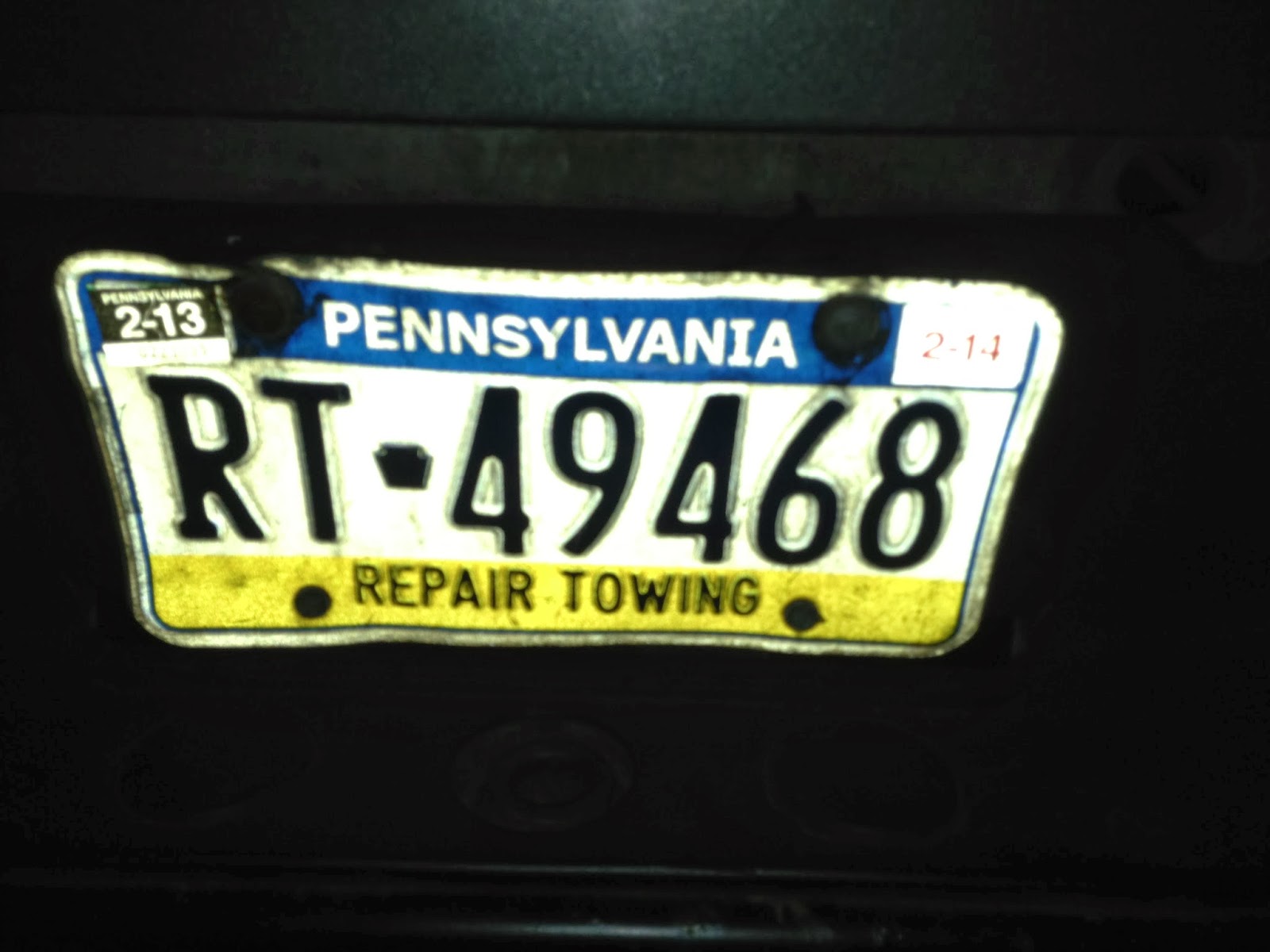 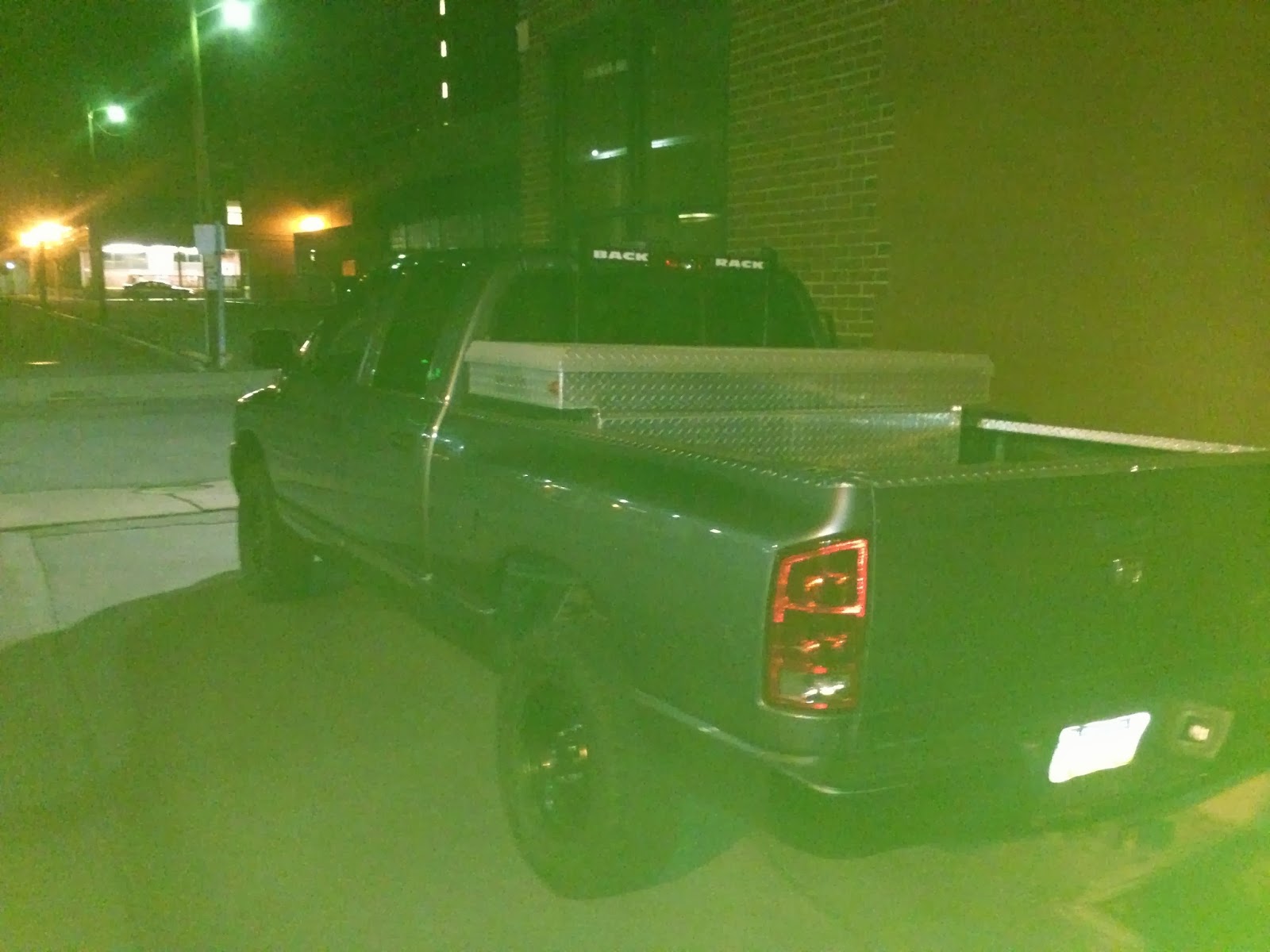 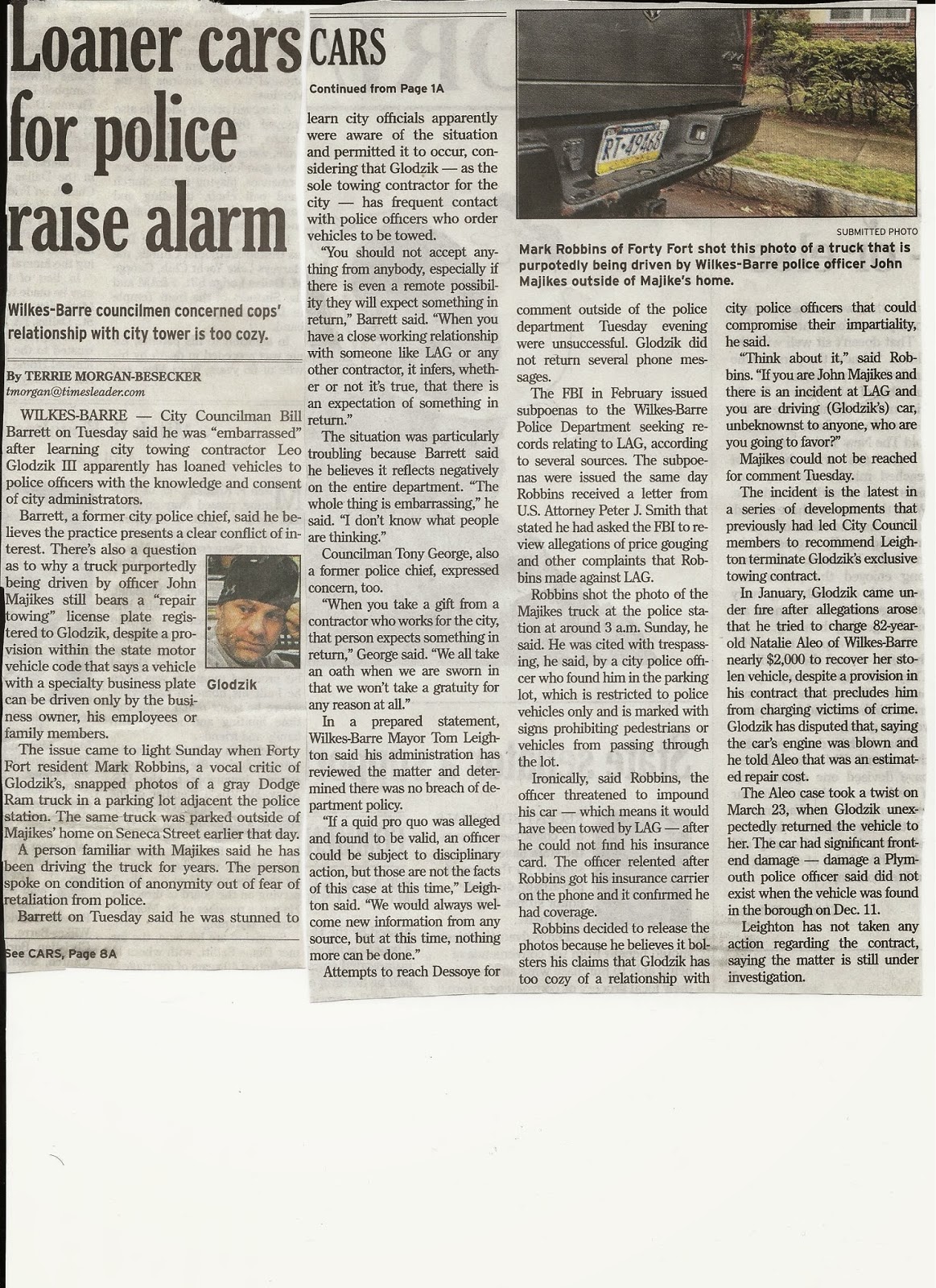 LAG crushed this car of 82 year old and returned as is.
Leighton, Glodzik, and the city offered zero.
Private citizens took up a collection for Natalie Aleo. 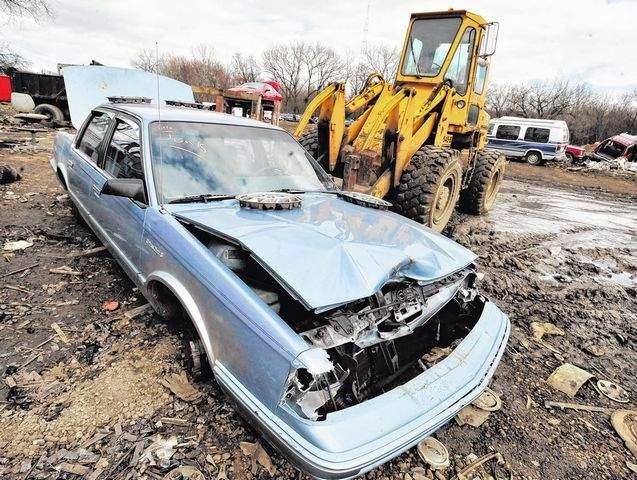 SENTA BOYER HAD HER CAR STOLEN 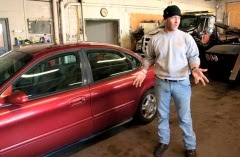 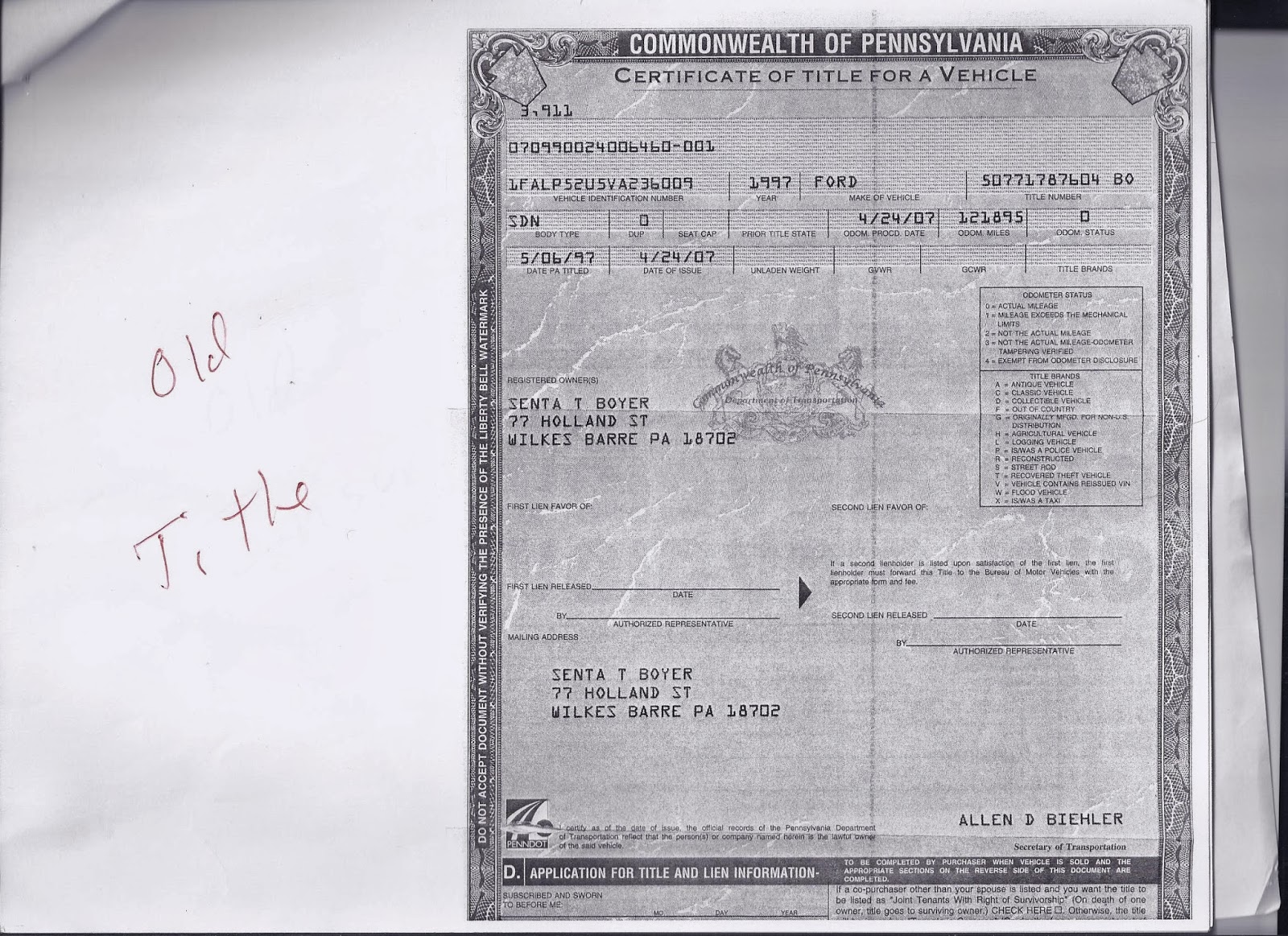 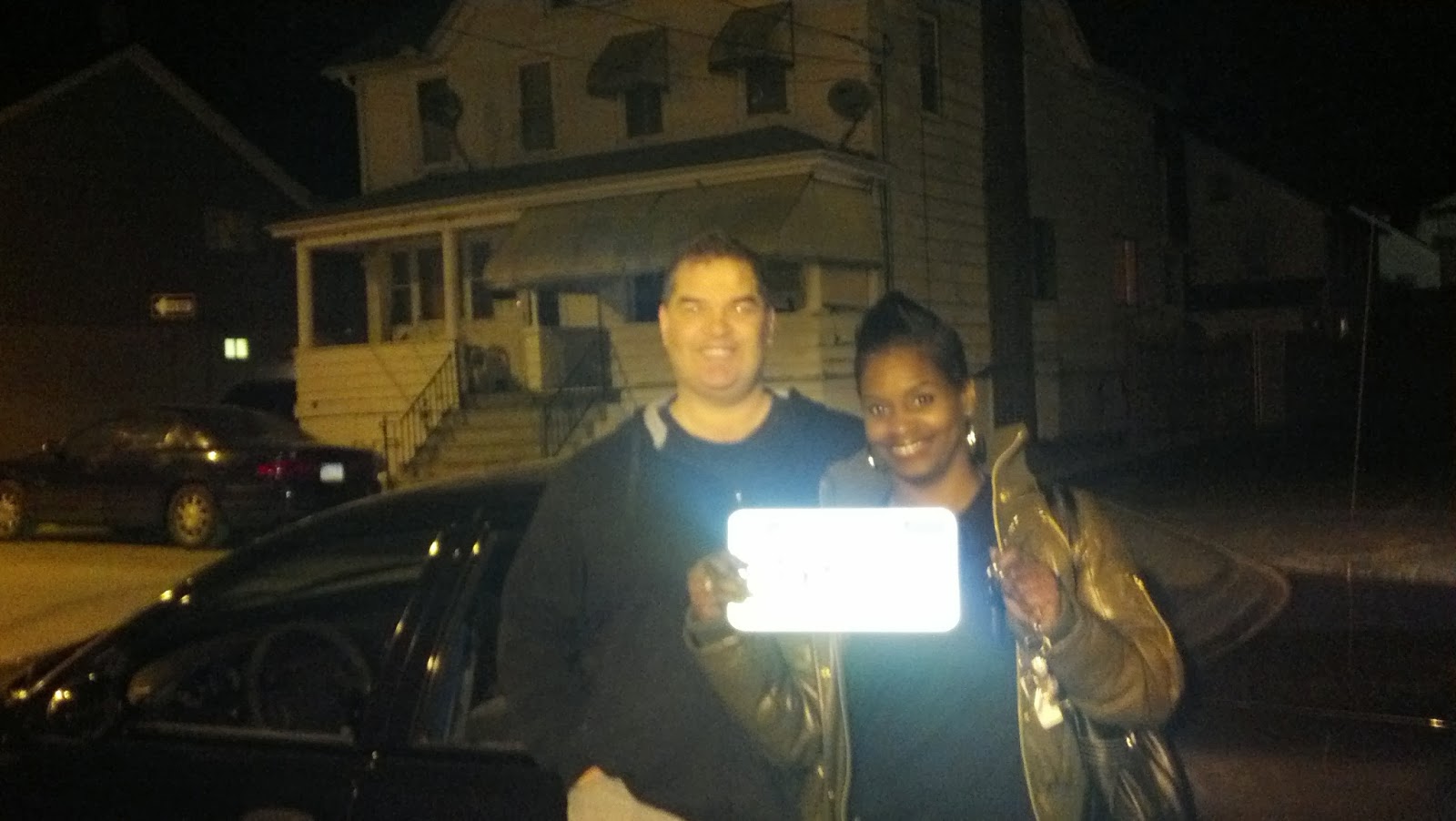 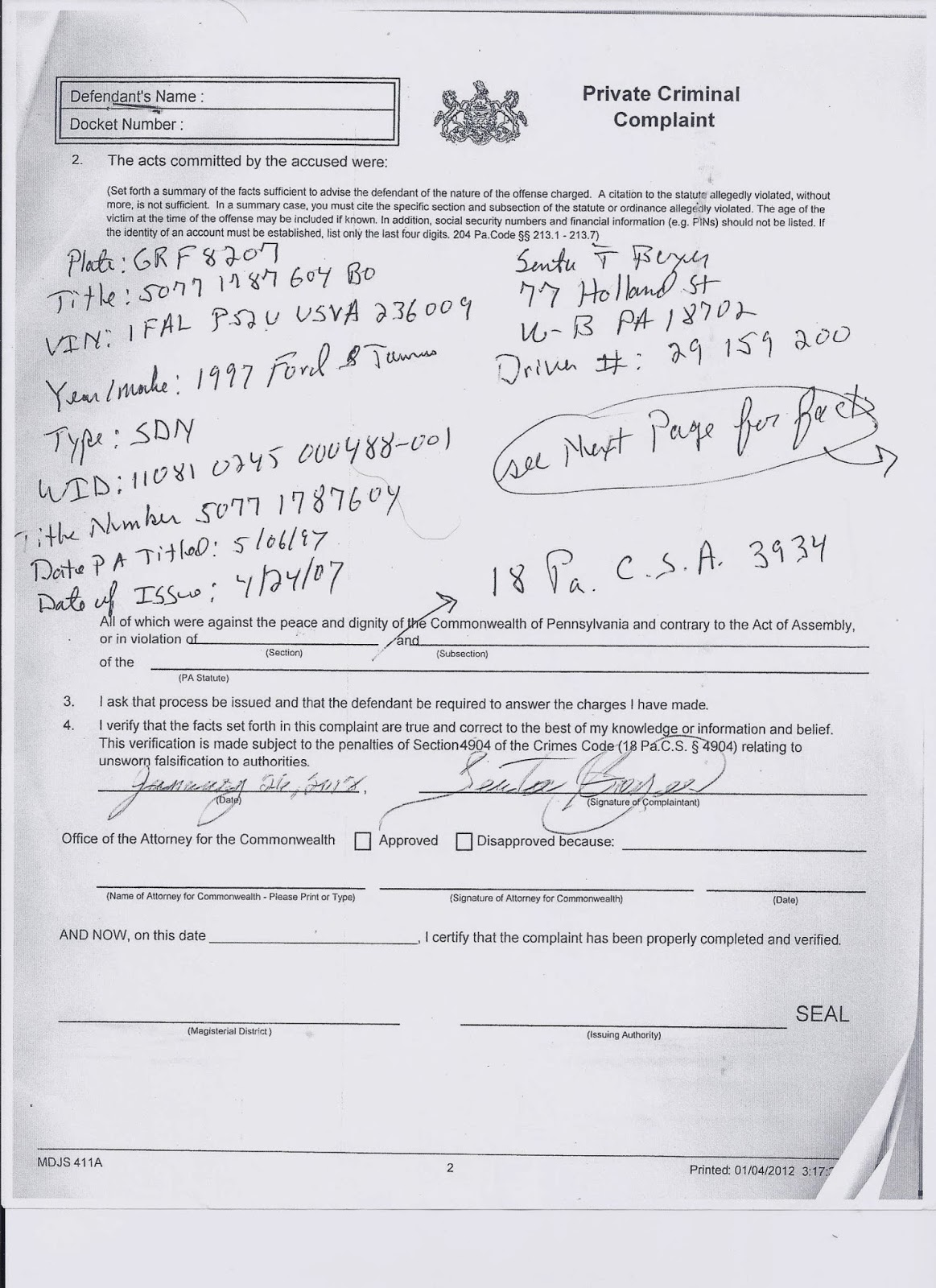 No collusion with WB Chief Dessoye?
Consider that he broke the contract in not collecting receipts from LAG.
He allowed Glodzik to operate freely as a street thug. 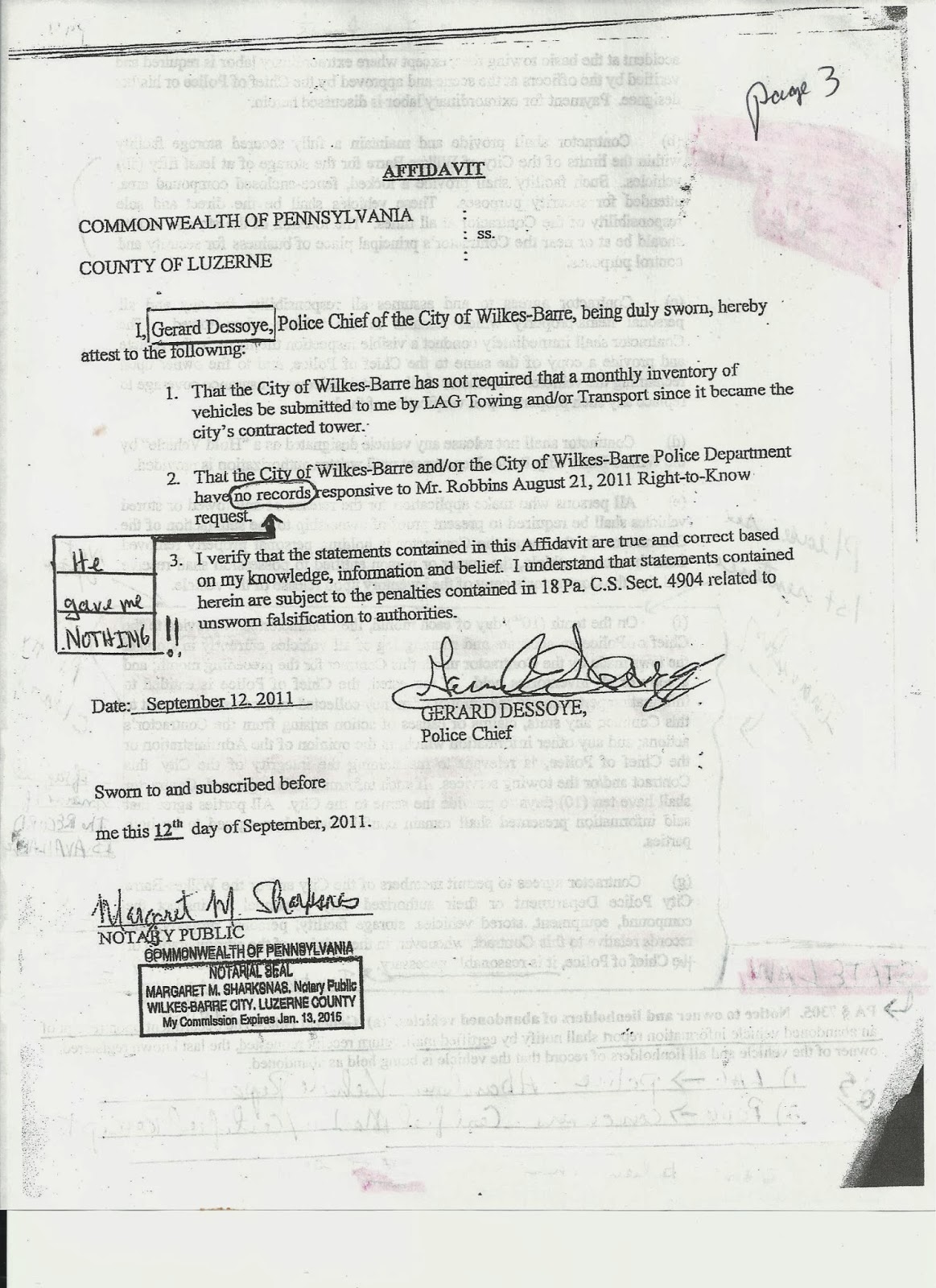 Another Car stolen   See Affidavit below
Criminal complaint filed... nothing. 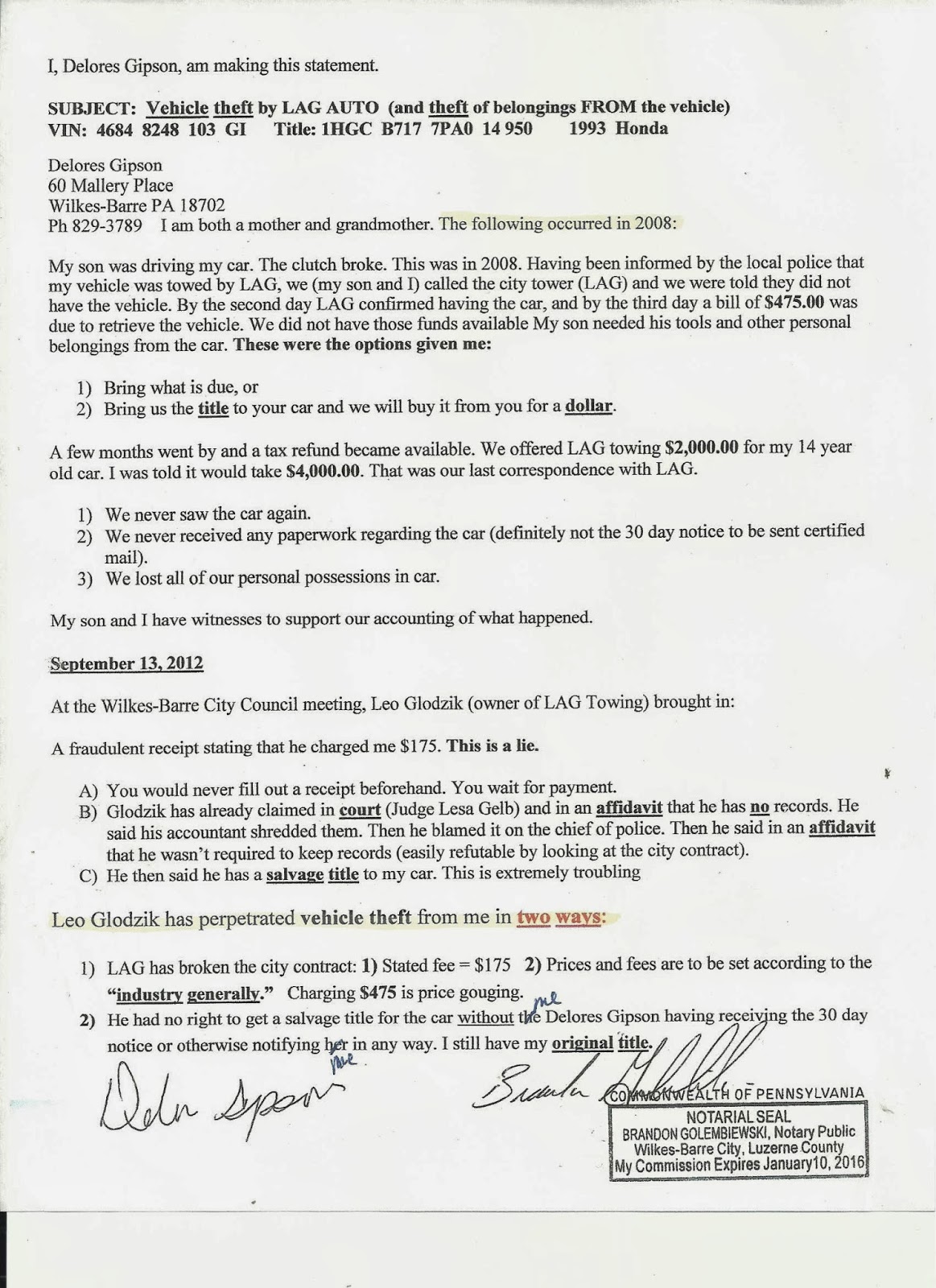 Have you ever seen a steroid monkey? 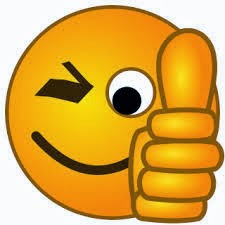 First... Anthony Gipson is a man of courage. He is not doing particularly well. He needs a breathing tube which may prevent him from speaking. It has been a financial strain for the family to go back and forth to Philly. Pray. Spare some change if you can.

His other brother had a compound fracture in his leg the same week Anthony was in the hospital.

Below is the steroid monkey (Mackey) that tried to kill Anthony Gipson after Anthony fell backwards and was knocked out from the fall. 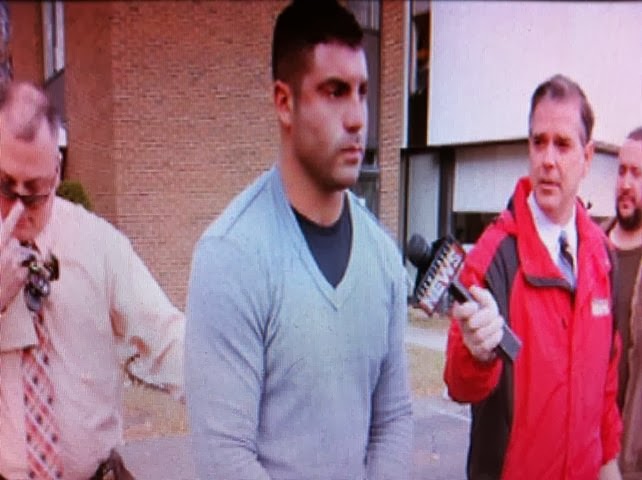 Thumbs up for arresting the heroin dealers
of actor Philip Seymour Hoffman. 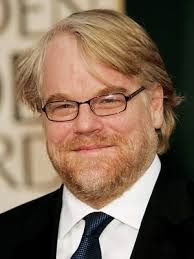 This should become a a regular occurence!

Thumbs up for the "snow angels" on
Slocum Street in Forty Fort and
Waller Street in WB. 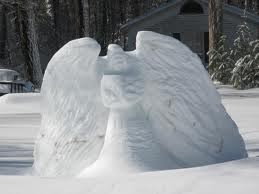 These people have been snowblowing the entire street!
Posted by WB Truth at 4:14 AM No comments:

The corruption below was not "personal." When the "apple was bitten"... the Forty Fort police did not know me. It could have been you (unless you are a crony).

It begins with a deal with the devil: The WB police, manufacturing harassment (and other) charges against me (on behalf of the "creepy letter sender" below)... ask Forty Fort police to "sandbag" any and all charges that I wish to file. WB police call around (Magistrate, police etc.) to see if I have filed my charges anywhere. (by "beating me to the punch - they can accuse me of retaliating).

WB Captain Bob Hughes immediately puts the report on the internet to embarrass me (because I called him out on LAG scandal). Before I know I have newspapers calling me and I have no idea what I am being charged with.

Lies follow: FF police say that I an retaliating... that it is dueling PFA's etc.... You need 100 % proof before we will file a report (same standard for all crimes? up to citizens to solve crimes vigilante style?)... You need to go to Magistrate (lie: can't take misdemeanors/felonies to Magistrate)... I tend to believe the perpetrator (who he never talked to)

Chest Thumping: From FF police chief Hunsinger (in letter):
1) I am the police chief here - not you. (Who said I was?)
2) I am in charge of the officers - not you.
3) I am not here to answer your every beck and call.

30 year cronies pile on:  New Mayor gives Hunsinger a ringing endorsement without EVER looking at my case. Hunsinger is dirty. He is corrupt. I have seen all anyone would need to see.

Here is LETTER # 24  (Yes... 24!). How would your family feel if they received these types of letters and police would do NOTHING to help. 7 months now. 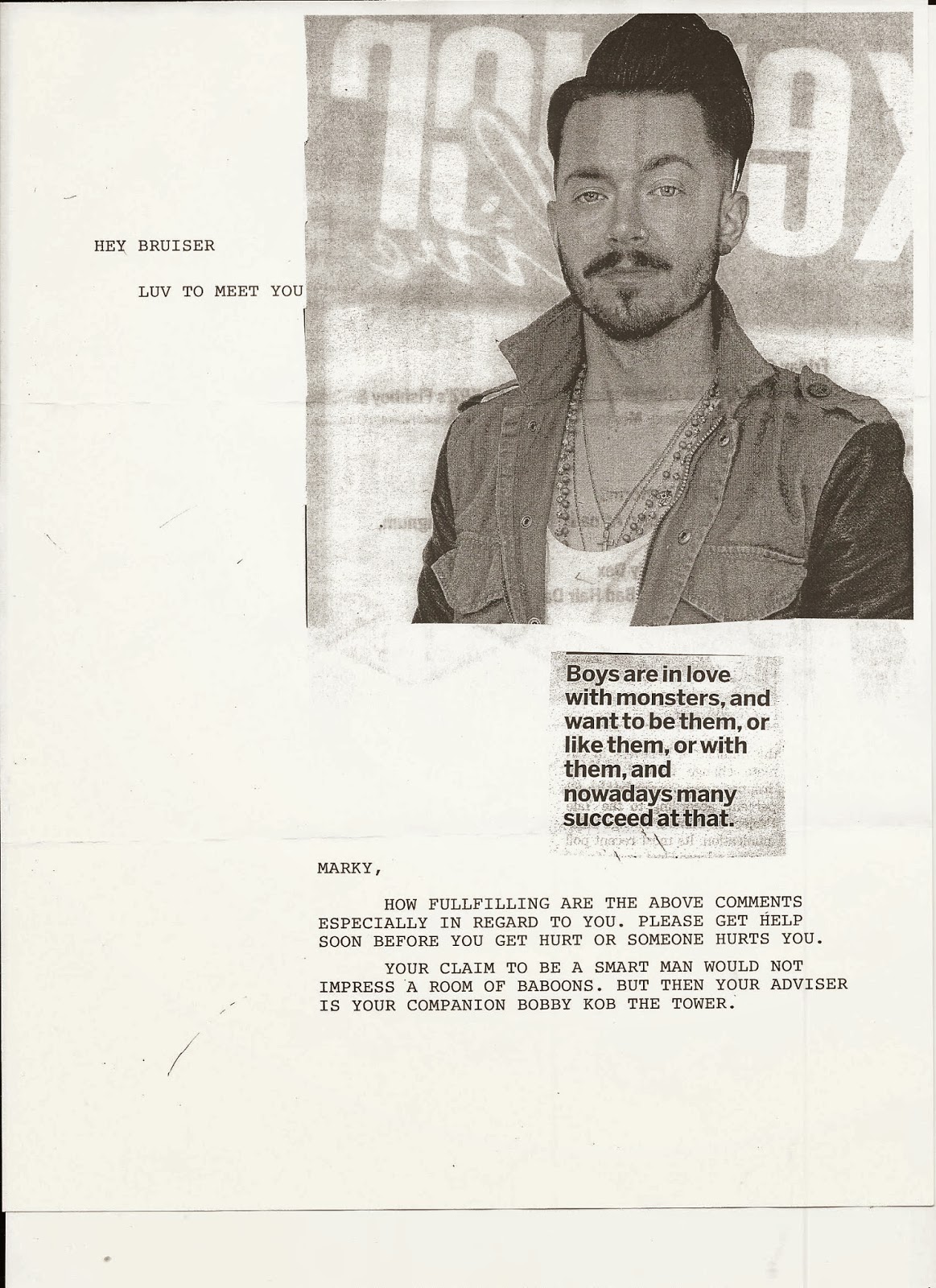 Pics from where I live... 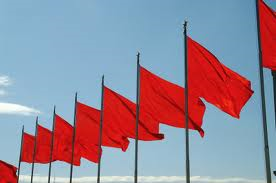 LCCC President Leary and his son were at Theo's Metro.
We don't know if there was drinking...
but they sure wanted to get away from the police.

The son backed out an LCCC authorized car he wasn't allowed to drive.
A car was hit.
Father & son are next are seen swapping seats (passenger/driver) and then they flee the scene.

The LCCC President and son go to home in Kingston.
Cop(s) knock, They hide and don't answer door.

The LCCC President was hiding from the cops!

And folks... this is how cases get fixed. And it wouldn't happen if you don't know the right people. Disgusting.

This is significant because Barrett (as WB police chief) has a DUI cover-up history with Magistrate Marty Kane.


Please see this video of Frank Sorick confronting Barrett. If you don't select Sorick as your next Mayor... may Wilkes-Barre continue to choke in its own vomit.


Kingston Chief = won't respond to Times Leader
Bill Barrett = "It's over as far as I am concerned."
Solicitor Bill Vinsko = "This is not city business."

THE INTEGRITY OF THE COUNCIL
PRESIDENT IS ALWAYS CITY BUSINESS.