If City Councilman George Brown blindly and routinely voted with the corrupt WB Mayor Thomas Leighton and takes money from some of the corrupt... the same dirty people who gave money to Leighton... does anyone actually think corruption will end?

Tony George had the guts as City Councilman to take a rightful stand against the massively corrupt city and at the time... the police station. He stood alone and should be rewarded for his stand.

The choice is easy. Tony George will end city corruption.
Posted by WB Truth at 10:02 PM No comments: 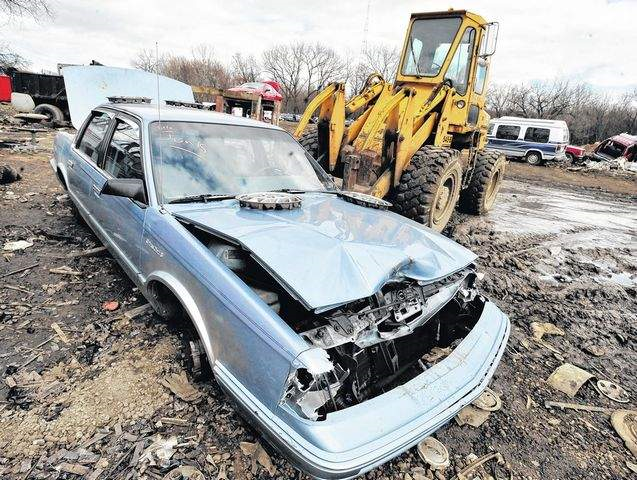 WHAT DID YOU DO TO HELP THE 80 YEAR OLD LADY WHOSE CAR WAS CRUSHED BY LAG TOWING?

IF HE CLAIMS TO HAVE LIFTED A FINGER OR DO ANYTHING BUT SUPPORT THE CORRUPT THOMAS LEIGHTON THEN HE IS LYING.

WELCOME TO THE WORLD OF "MR. SMOOTH" WHO DRESSES NICE, DRINKS WELL, AND HAS ZERO INTEGRITY WHEN TAKING A MORAL STAND.


Few people realize the horrors that LAG Towing perpetrated on poor citizens of Wilkes-Barre. Many single moms lost their car to price gouging and theft. I know. I was in some of the homes and saw the incredible family hardship. And yes... I actually helped some get back on the road when I saw the hopeless situations. I guess that makes me a really evil "do-gooder."

Leighton was too knee deep in corruption to care. The same with Gerard Dessoye. The DA? Forget about it. Sadly... the corruption is still entrenched.

Council members had a chance to exert pressure on Leighton with their votes. Their vote should have also reflected the right and moral thing to do.

GEORGE BROWN produce a doughnut during this time.

GEORGE BROWN TRADED POLITICAL CAPITAL
WITH LEIGHTON RATHER THAN PROTECTING VICTIMS. IT WAS A SORRY SIGHT TO WATCH.

HIS BEHAVIOR WAS DESPICABLE.

GEORGE BROWN FOR MAYOR?
ARE YOU KIDDING ME?
HE SHOULD BE BROUGHT FORTH ON ETHICS CHARGES.

I TRIED TO SEND AROUND A COLLECTION BUCKET AT CITY COUNCIL AND IT WAS TOSSED BACK AT ME.

APPARENTLY THEY WERE TOO EMBARRASSED KNOWING THEY PUT THEIR WEIGHT BEHIND LAG TOWING (LEO GLODZIK) AND THE VERY CORRUPT THOMAS LEIGHTON.

PRIVATE CITIZENS EVENTUALLY BROUGHT AN OFFERING TO THE POOR OCTAGENARIAN IN THE WINTER.

Yet... as council member... Tony George stood strongly against LAG Towing. Tony George has the respect and gravitas to be Mayor and to run the police force. This really shouldn't be a race. 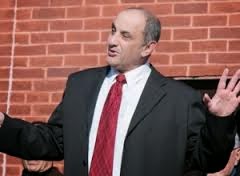 George Brown gave away his integrity
on possibly the biggest matter facing the city.

DADDY GATE... much more will be revealed 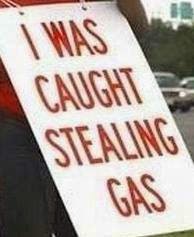 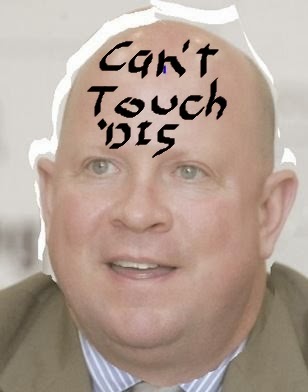 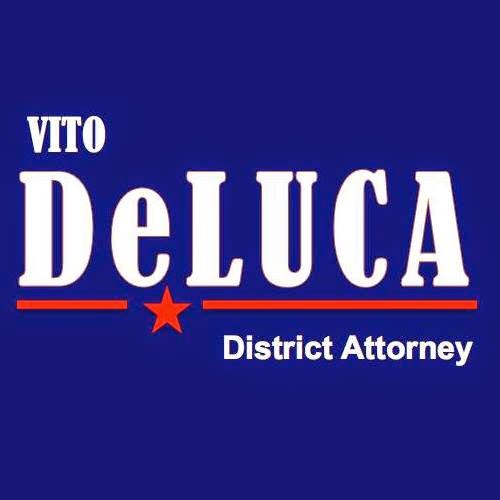 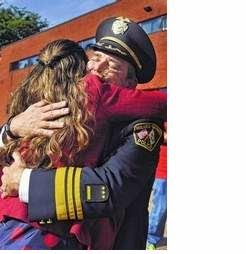 Justice is not something to roll dice with !!

Leighton is getting very cocky

Leighton - whether it be the alcohol talking or just his plain arrogance - snapped back: "Why don't you just call her!!"

This case should not be difficult. The taxpayers put the evidence on a billboard. 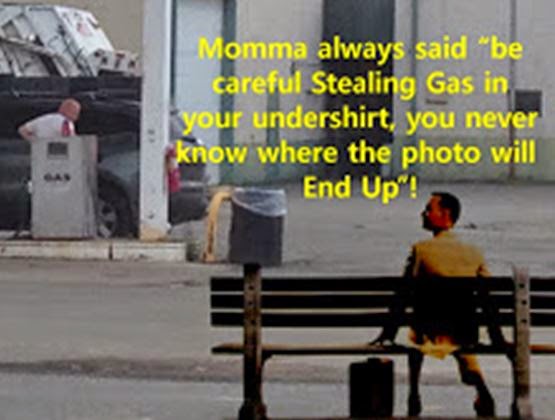 Yet Leighton has good reason to be cocky.

Question:
Who runs the Times Leader?
Jellyfish Spohr? You would be wrong 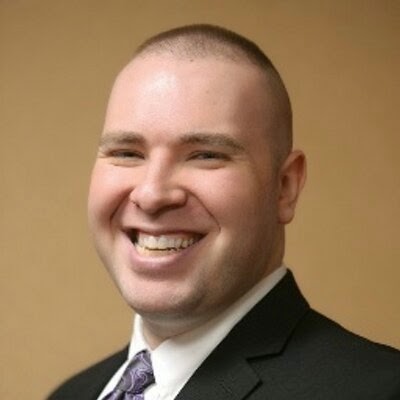 If you ask reporter Jerry Lynott, it would be Leighton... as good word has it that Leighton did not like an article Lynott wrote and yelled loud enough to get Lynott demoted. The jellyfish went "squish."

To their credit, the Times Leader has stopped running ads for the "Aroma Spa" near the General Hospital. Because they were shut down by the State Police... when a condom was left for the undercover patron.
Posted by WB Truth at 9:53 PM No comments:

Jared Kane     the "short story" about this person is that nearly everything has been handed to him... and still he has made a mess of his life.

- A DUI with a reported alcohol level of an insane .267 was expunged

Here is how his performance is described in a legal document (frequent no-show and intoxicated). The "he" is Conahan.

- He was apparently set up with a state position which he was fired from.

- We really have no idea if he is sober now. At 33 years of age... and given his background... this candidate is a joke. A monkey who flips coins would make a better judge.


Apparently a 33 year old "live at home" deli slicer is running for Magistrate. Jared Kane is the name. Son of the profoundly corrupt and chemically addicted Marty Kane.

Just some of what you need to know about this family from trusted sources.

MARTY KANE
- Current Magistrate Marty Kane is a chronic alcoholic. In fact, it is with this understanding that I have filed to have him recuse himself the once or twice I was to be in front of him.

- The one time I was in front of him... he actually told me that if I wanted to make a constitutional argument - that I would need an attorney.

- I have yet to hear from any attorney that he is not corrupt. It is as clear as the noon day sun.

- His drinking is so out of control that he was seen in a visible spot at a bar french kissing a transgender woman. His wife, Kathy Kane later confirmed this. I am not concerned about who he is attracted to... but I am very concerned about his judgment (apparently washed away with alcohol).

- Marty Kane has been "fixing" DUI's for years. There is one individual whose DUI was fixed. Did it help? This person would go into 11 different rehab centers. I know this for a fact.

- Molly Sheridan's DUI was thrown out. This is stated on page three of the legal document below.

- I cannot reiterate how corrupt this man is. I only know a small fraction of one per cent of what has gone on.

- Cases are clearly predetermined ahead of time.

KATHY KANE   As Head of city council, she routinely "gave cover" to:

- When a public citizen complained repeatedly about the situation, Kathy Kane advised this person to call the perpetrator (Gerard Dessoye)


Below is legal document... it is unbelievable to read what went on... 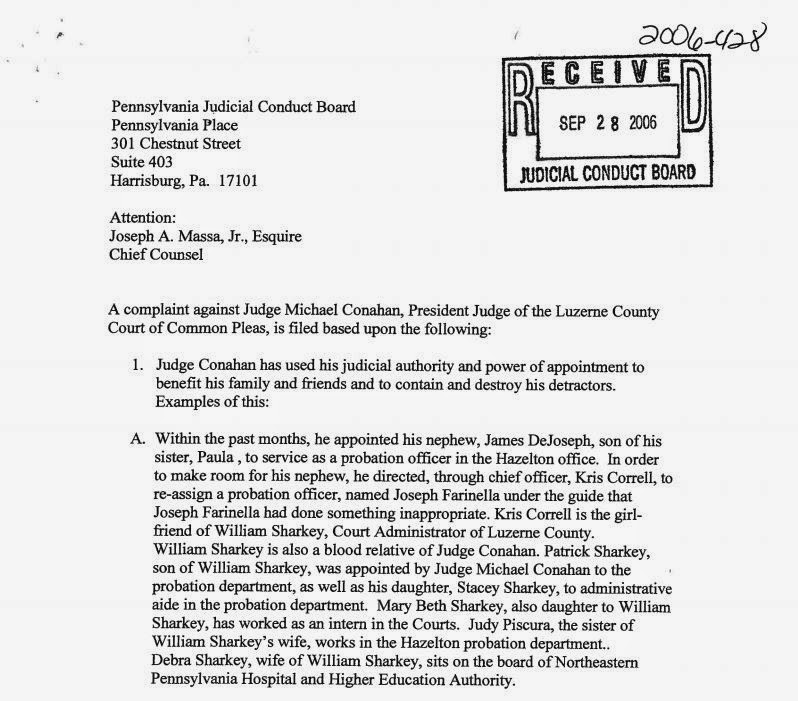 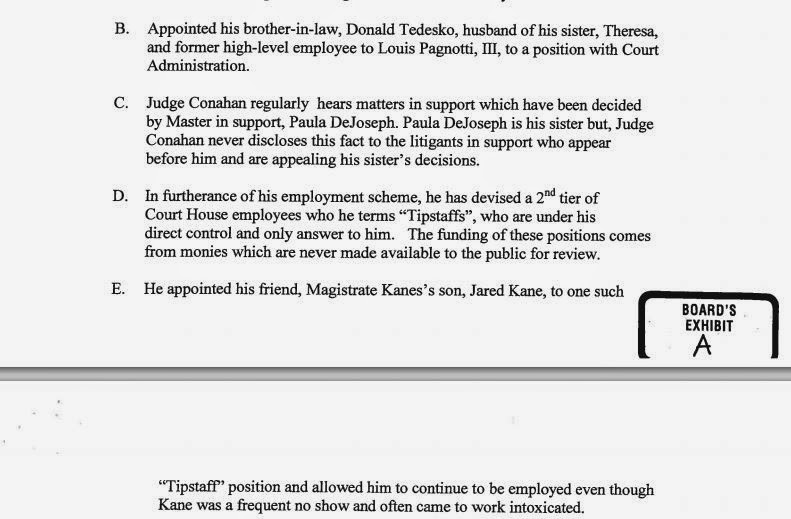 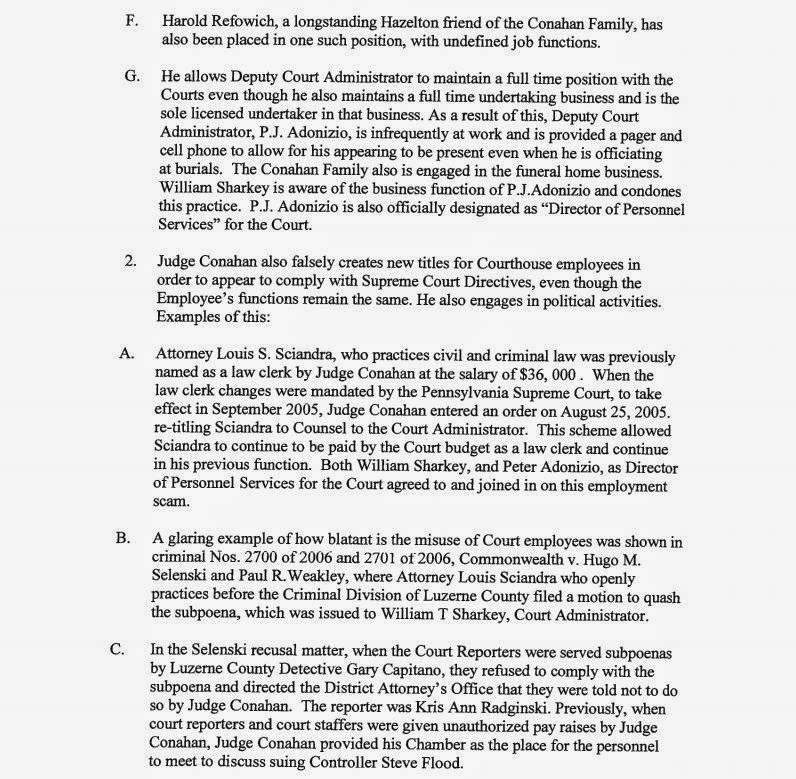 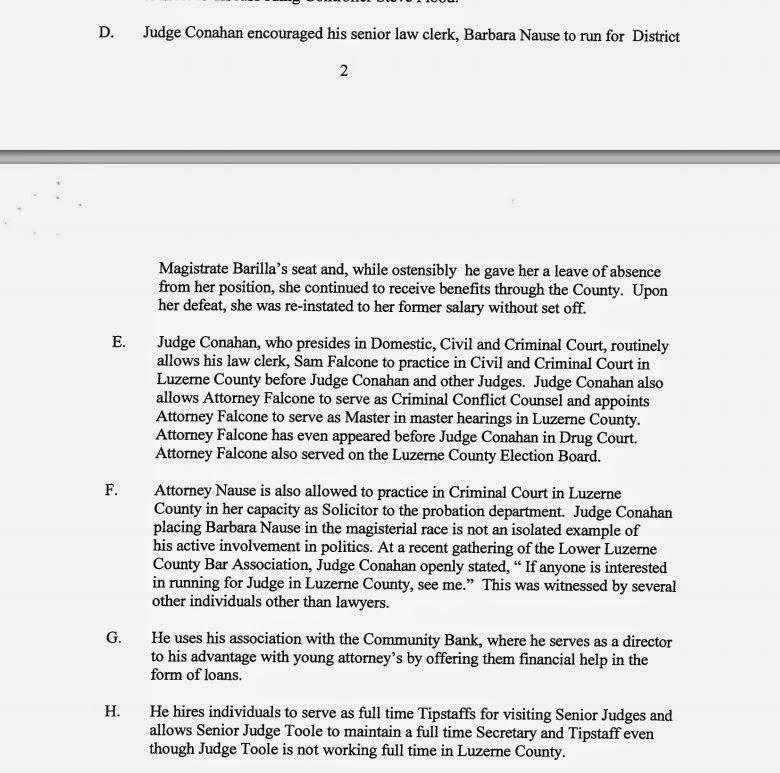 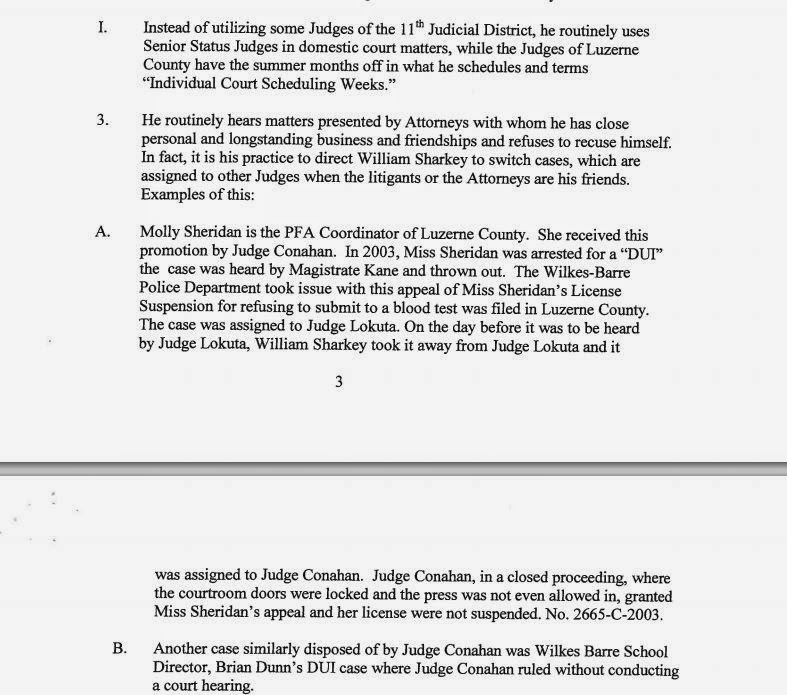 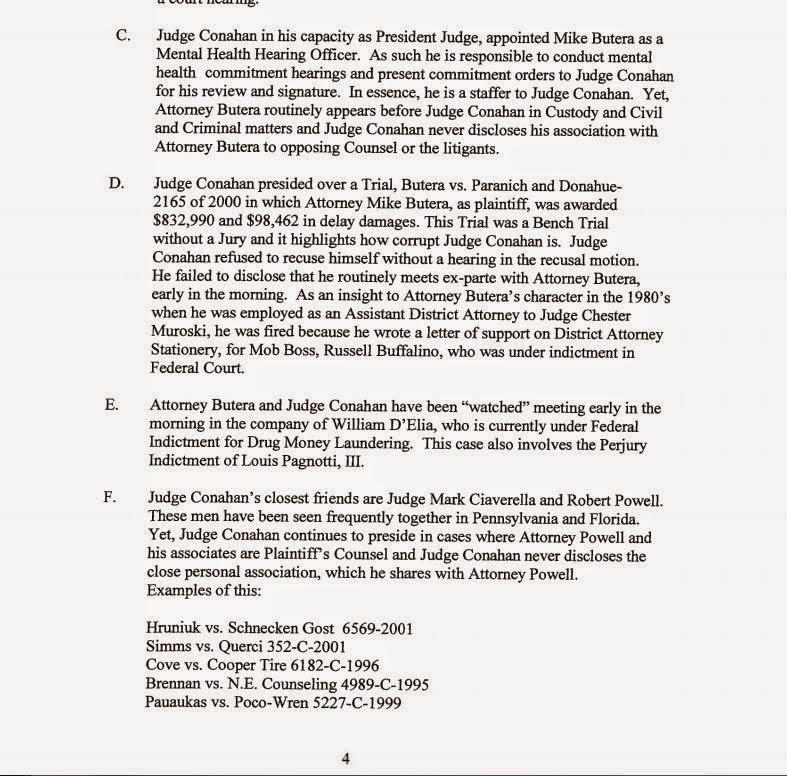 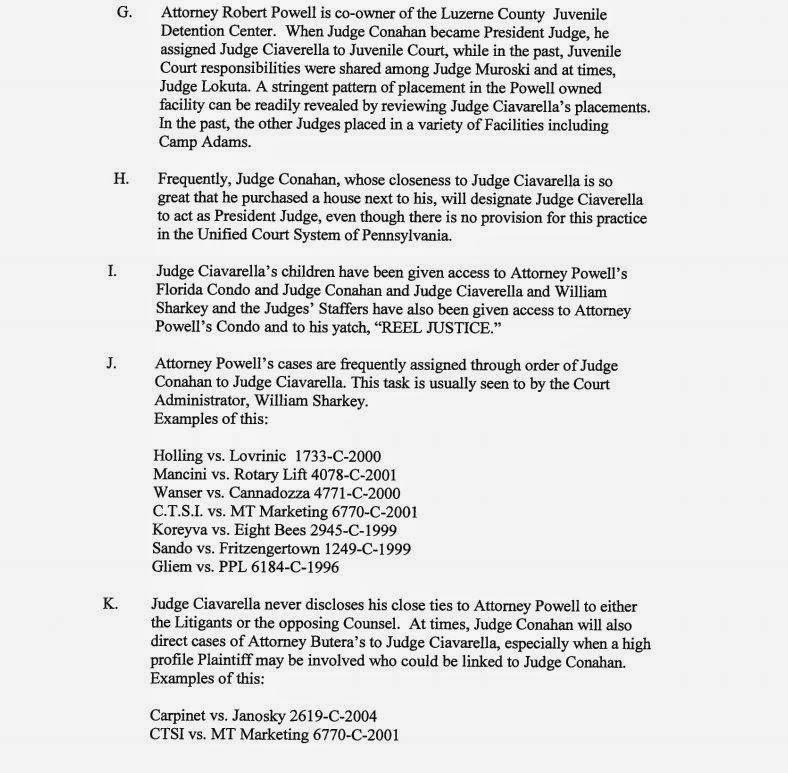 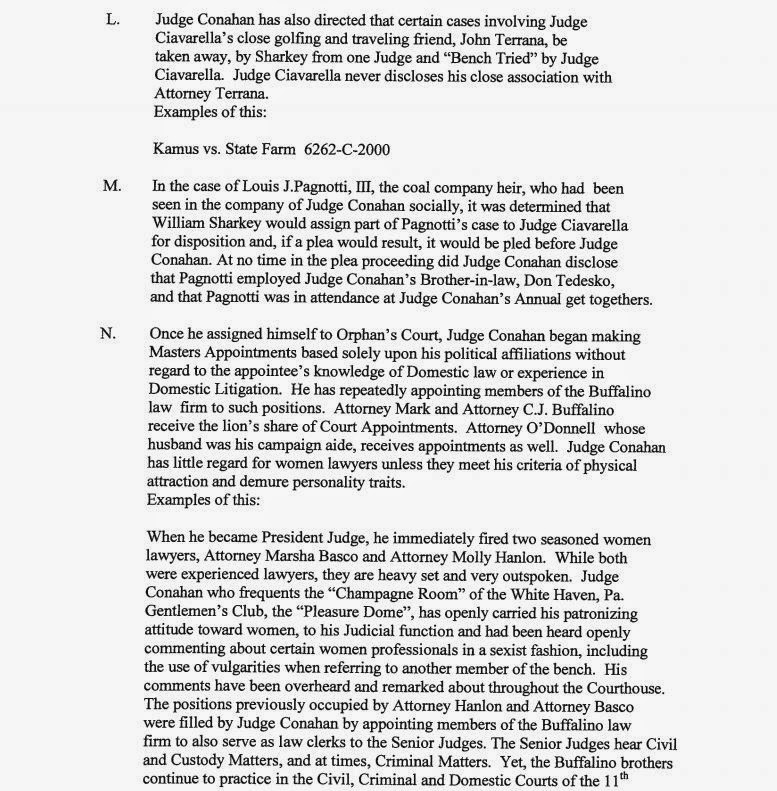 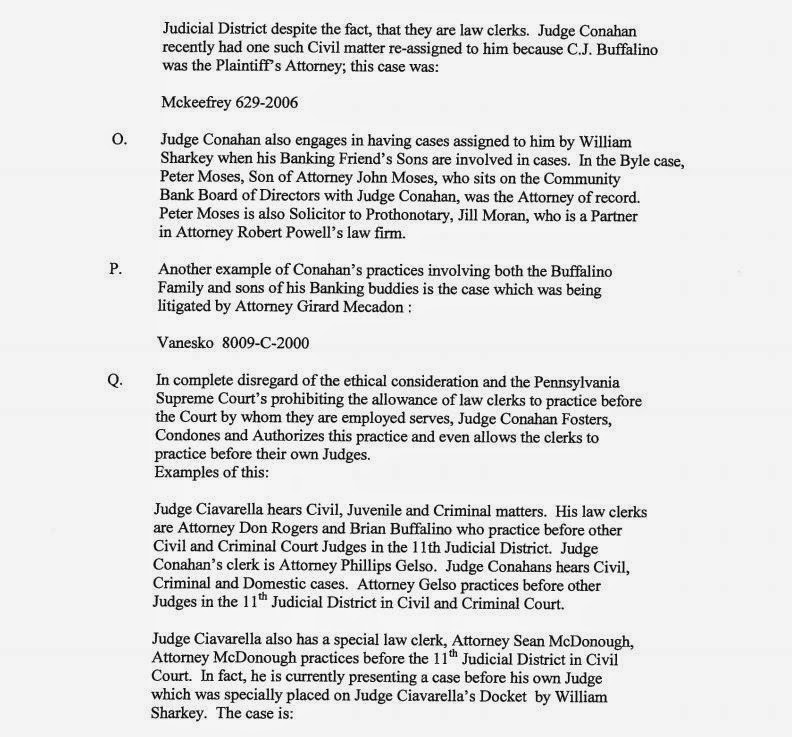 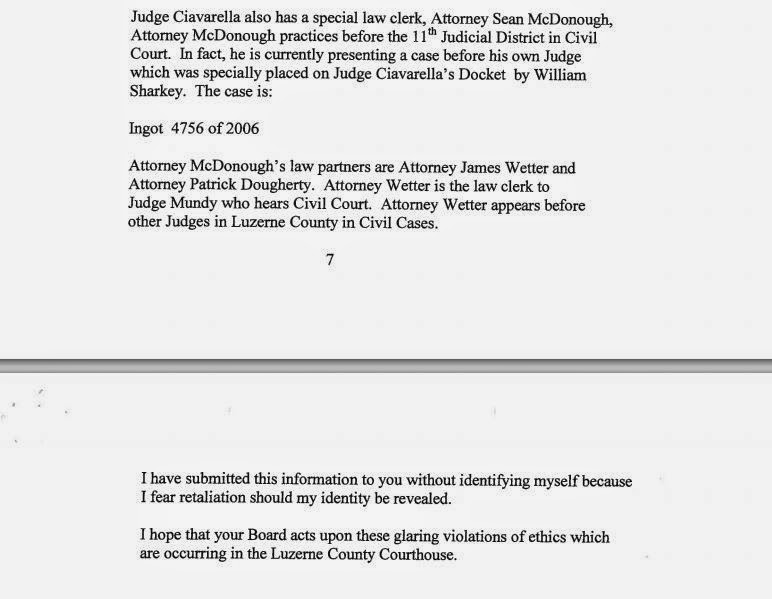