When the "crew" of anti-corruption activists heard that WB Police Chief Gerard Dessoye was opting for several "cushy" jobs we mobilized. I, and many others, wrote letters to the various places that Dessoye was hoping to land a job through his crony friends. The letters worked. PennDot was one of these places. Our big misgiving is that we are left with a police chief who, sources say, suffers from a physical, mental, moral, emotional, and spiritual disease. The only one to replace him - Leighton - allegedly suffers from the same disease.

We wrote letters because we feel that that positions should go to those who earned them fair and square - and not a result of having crony friends or drinking buddies.

I have been a favorite target of Dessoye. He is actually quoted in the Times Leader as saying "Everyone is free to walk behind the police station - except Robbins." (I guess he does need a spokesman). I was the only person ever to be charged with trespassing (because I uncovered the LAG loaner program).

Please know that I tried to help Dessoye beat the horrible disease a few years ago when I contacted his doctor (who is also mine) and asked that the addiction problem be addressed. I contacted others as well. Nobody would help him. Nobody can say I didn't try.

I was threatened by Bill Vinsko. Good job, Bill... is Dessoye any better off now that you covered for him?

I want to provide a brief description of what I am currently being charged with by WB police.

Why? Because I was boxed in a parking space at Motorworld in a downpour and would later find out that I scratched a car and bumped a bumper). I covered the damage 100 % when I found out what happened (less than $2,000 for both together).

I never did see the other cars but I was glad that the owners were made "whole" as fast as I could help them. What I do know is the damage done to my car. Please see pictures below. 2 month suspension?

The "Carnage"
(tiny white specks below) 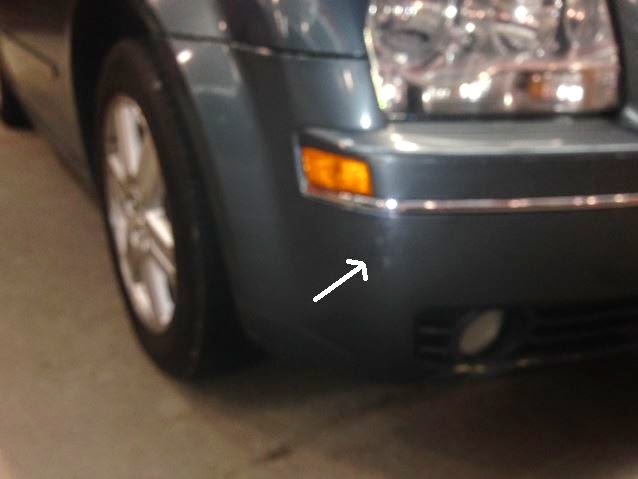 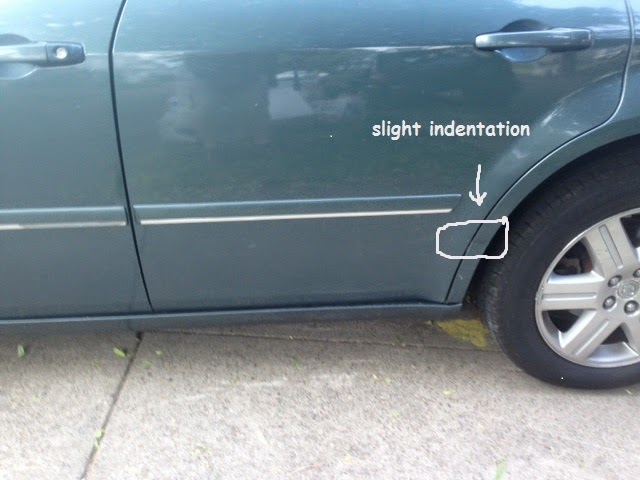 PennDOT was one of the potential employers Dessoye was hoping to be hired by and to whom we wrote letters. He didn't get the job - but he certainly had some "friends" there.

My attorney and I have had the misfortune of dealing with Kara Templeton (Director; Bureau of Driver Licensing). This I find inetresting...

1) She speaks about me to my attorney in the 3rd person like she knows of me. Gee... how would that be?

2) She said was going to send me a letter to take a points test.
She lied. In a very big way. Instead she sent me a letter suspending my license for 55 days beginning in December.

SHE DID THIS DESPITE ME HAVING A DE NOVO (fresh; as if there is no history) HEARING THIS WEEK!!!

She is assigning punishment BEFORE my day in court.

Rather bizarre... don't you think?

Questions:
Does Dessoye know her?
Have they talked about my case?
Has Dessoye instructed her how to (mis)handle my case?
Why did she lie to me?
Was Officer Wolf (officer who told me of damage the night of incident) ordered to give me two tickets for "fleeing" the same scene?

Apparently Leighton and company couldn't put enough pressure on the Times Leader to run a story of the "minor hit and run" on page 3. A "hit and run" while boxed in... I guess that I cheated the laws of physics.

I suggest the Independent Gazette and the Times Leader and Citizens Voice get answers to the questions I posed. Don't let Leighton bully you like he did the TL.

As for me... I knew fighting corruption comes with risk of retaliation. If Leighton and Dessoye win a Pyrrhic victory then so be it. I have so much goodwill built up and I have been offered rides for every day of the week. I have made large monetary sacrifices thus far and may have to make other sacrifices as well. It is not fun but it is worth it. If not for a few of us - then who?

PS   As a result of my hearing I had one of the tickets thrown out. I received a $427 refund and I currently have only two points on my license.

New "Redskin" logo unveiled - which is most insensitive?

Which of the these is most race/ethnically insensitive?

Cleveland Indians
(and they are after the Redskin logo?)

Fighting Irish
(as in a drunken bar fight with Leighton?) 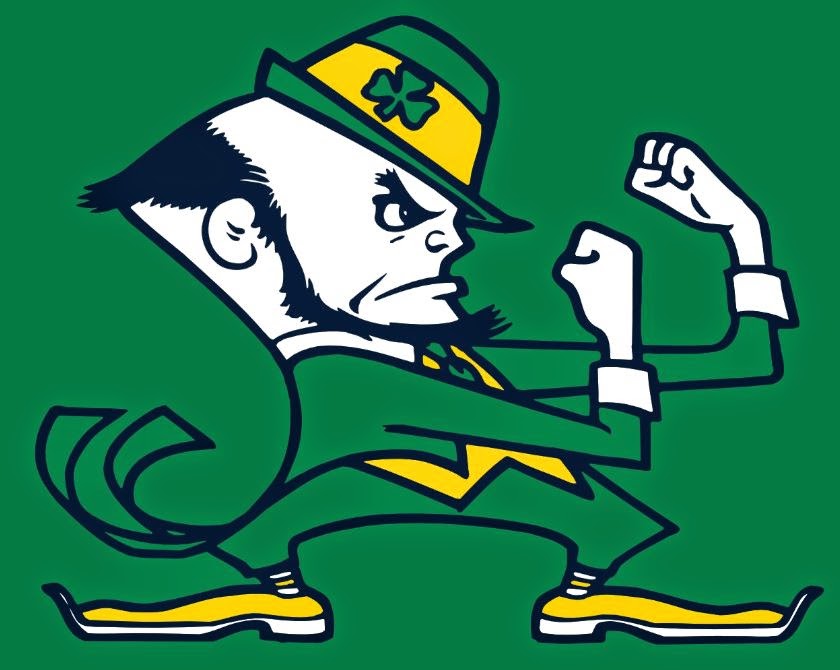 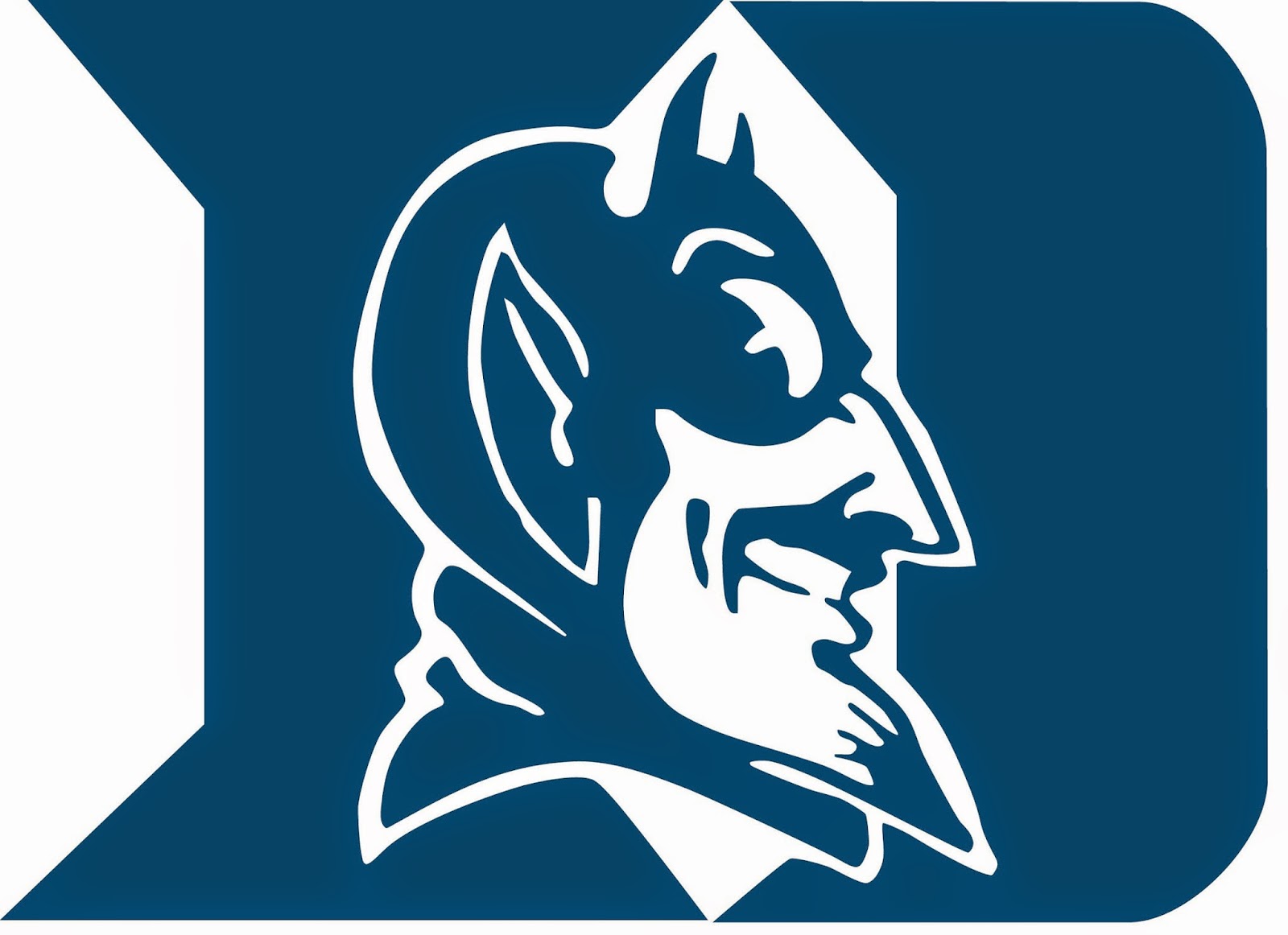 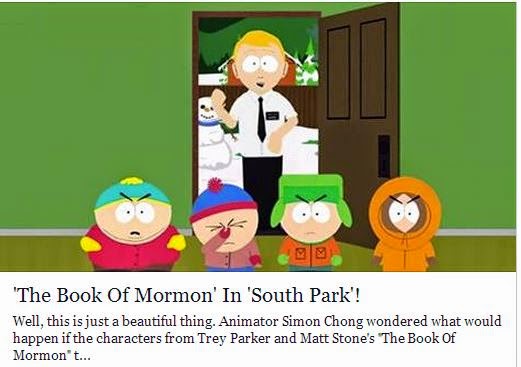 Click HERE
Posted by WB Truth at 2:34 AM No comments: 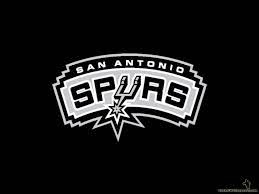 The Spurs 2014 NBA championship was one for the ages as they toppled the two-time defending champion Miami Heat.
Here are a few numbers after the Spurs’ 104-87 victory to close out the series in five games.

ADOPTION IS THE BEST!!!

I adopted my boys when they were 9 months old and it is - by far - the best decision I ever made.

Forget fertility treatments!  Adopt a child that needs you! 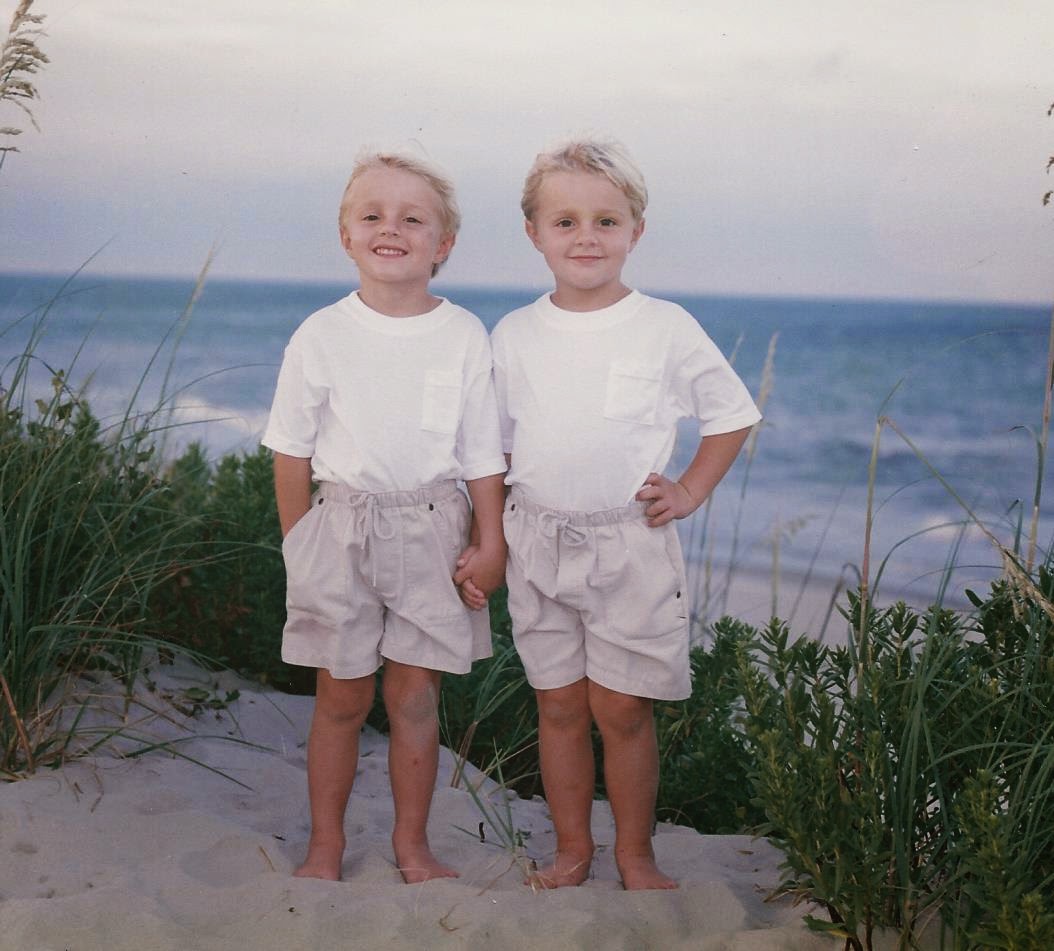 Yesterdays blog set a record for views... in the mid thousands!!

Good... glad to recognize the good deed.
Posted by WB Truth at 2:27 AM No comments:

It may not be what you are thinking. I was in my car outside the Wilkes-Barre Movie complex and noticed WB Officer Hilpp tending to a man so drunk that he couldn't get up.

I decided to take pictures and tape it. 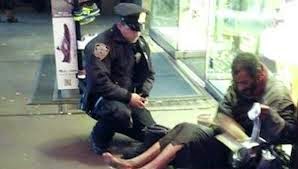 Soon WB Officer Gist showed up with a few other officers (who I did not recognize). Soon EMS and the fire department showed up. I suppose there is no harm in this many people showing up if there weren't any other calls.

There have been stories (rumors) that police have roughed up homeless people. That was not the case here. Nor am I implying that this is a fact. This drunken man (who soiled himself) was treated with great respect.

I am not exactly sure where they took this man but if he is able to remember it - or read this blog - he will know that he was treated with kindness. One never knows what kind act may push an alcoholic into recovery. Maybe this was it for him.

Mathew 25:45 "And I will answer, 'When you refused to help the least of these my brothers, you were refusing help to me. (not the case here).

James 2:8 Yes indeed, it is good when you truly obey our Lord's command, "You must love and help your neighbors just as much as you love and take care of yourself."

TURN OR BURN TIME for Leighton/Dessoye 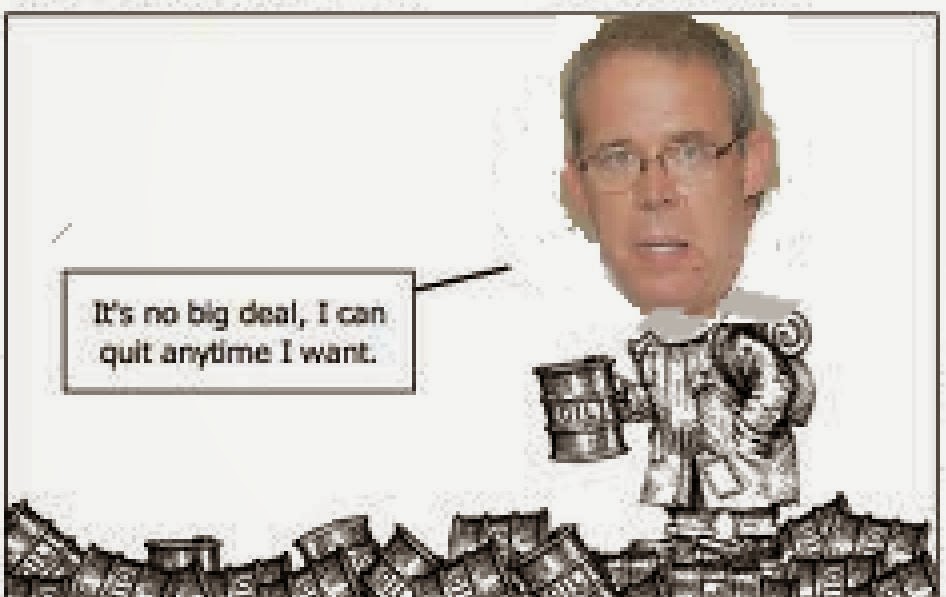 It appears that like Leighton and Dessoye are headed to the place where addiction takes every human soul. PRISON, DEATH, or RECOVERY (seeming miracle at this point). The downfall of the addict? "Yes men" who act as enablers. People who lie for them. The disease of addiction treats everyone the same. 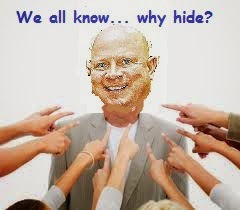 Leighton and Dessoye... do you remember what a buffon the drunken Russian Boris Yeltzin looked like? Well this is what you look like to the citizenry. We know why you chronically hide. We know why you need not one - but two spokesmen. 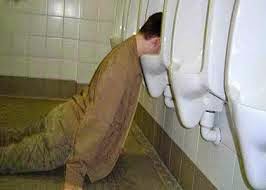 The problem with WB begins with addiction. Please know this is not just mud slinging. Being a long time recovering person myself... I reached out privately in extraordinary ways to get these folks help. A mere evaluation would be a start. They of course were "above this"... and were supported by a solicitor who threatened me.

Their pride stops them. A pride that says,"I have too weighty a position" to be a substance abuser. It is a pride that has them say "I am special." It is also their private lies that says, "I (the addiction) have control over you. You need me and you can't live without me." 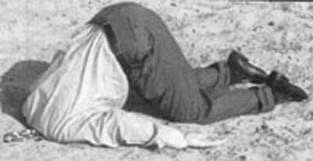 So we the people are left with "shaming." Nothing else gets their attention. So sad. Sad for the city. Sad for the families affected. 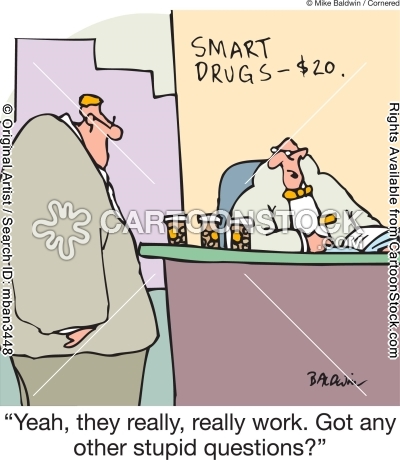 SEE END OF POST FOR MORE ON THIS TOPIC.

SHERMAN HILLS GATE
-         Allegedly no inspections on properties for years
-       This saves Landlord inspection fees, eviction costs, repair costs on 170 units.
-         Question is raised: Who received a kickbacks to allow this to occur?

Personal Trainer Gate
-         Leighton hires personal trainer Liza Prokopf as city spokesman
-         She is hired despite having  a current spokesman (Drew Mc-Laugh-Lin)
-         Question: Why can’t Chief Dessoye and Mayor Leighton speak for themselves?

HEROIN HONEY GATE
-         Stacks of complaints regarding drug house are ignored (I’ve seen them)
-         Chief Gerard Dessoye is allegedly having trysts with the “heroin honey.”
-         This “honey,” Catherine Meehan served time in prison for attempted murder
-         C Meehan stabbed a pregnant woman in the stomach
-         QUESTION: Would Dessoye protect her if not for sex and or drugs such as pain killers?

MISPRISION GATE
Look at all of the above. Everybody surrounding Leigton and Dessoye
are guilty of "failing to report a crime." This is what Mericle was guilty of.


I honestly hope federal Agents hold everybody accountable for what they knew... from the "spokes-jokes"... to the attorneys... to the controller... to Barrouk and McCormick and Mclaughlin... to the cops who arrest citizens for bad tags but give one of the own a two year break.


They are ALL DIRTY in my opinion. Filthy PIGS!

ADDICTION GATE
I have heard multiple reports that the following are massively addicted individuals.

What I believe needs to happen:
1)   Leighton must get help or be fired. This is the same predicament all addicts find themeselves in.

3)  Magistrate Marty Kane (thanfully is retiring) has led a life of drinking, philandering, and fixing cases). Need a DUI to disappear? Marty is your man!

Addiction is a life and death issue. Denial here is rampant
Posted by WB Truth at 10:07 PM No comments:

The "except for" groups

There should be no "except for" group. If you think gays choose their orientation - look at the recent implosion (and apologies) from Exodus International (Christian gay reparative therapy). 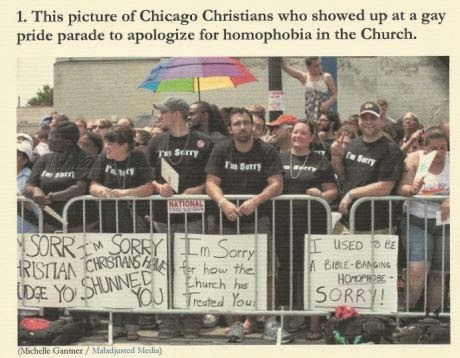