Leo Glodzik off to prison; makes plea for conjugal visits 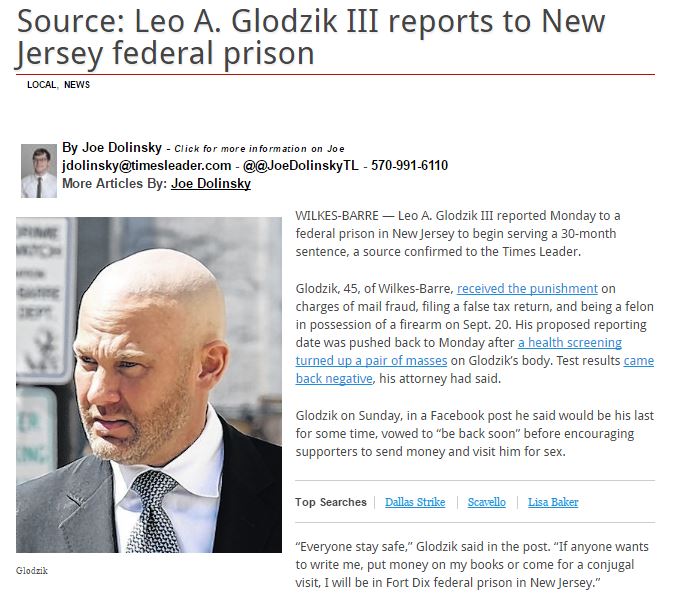 HOW TO TAKE ON CORRUPTION:
(1)  PUBLICITY 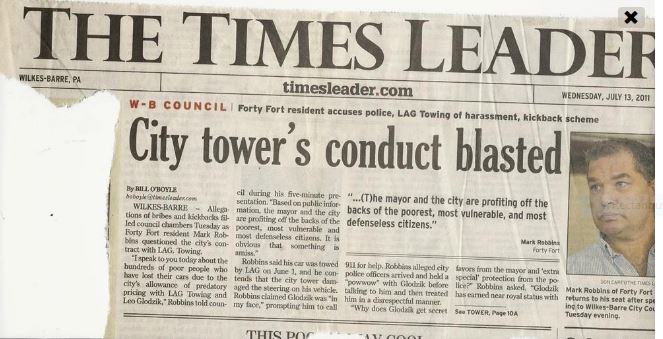 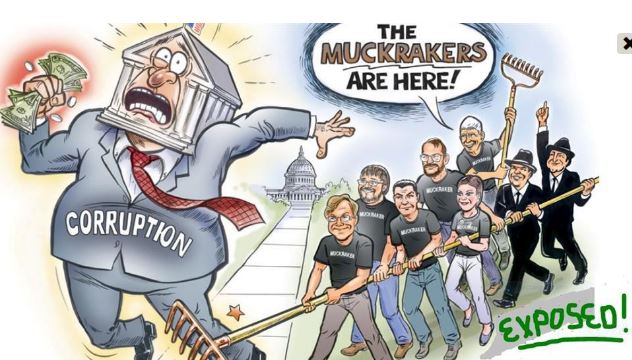 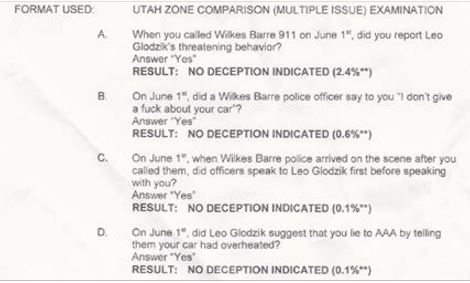 GIFTS  (New Cars) TO VICTIMS I DIDN'T EVEN KNOW 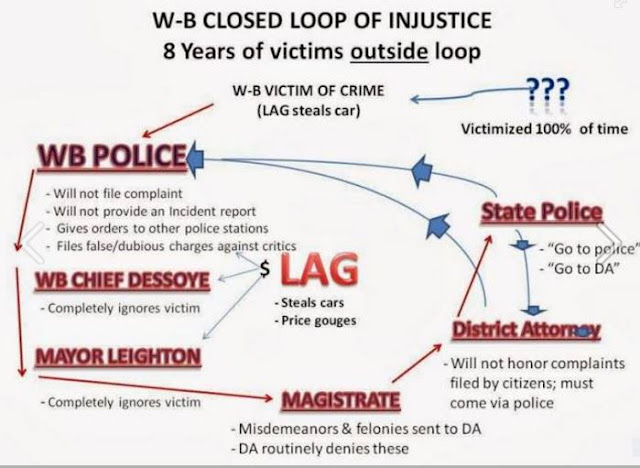 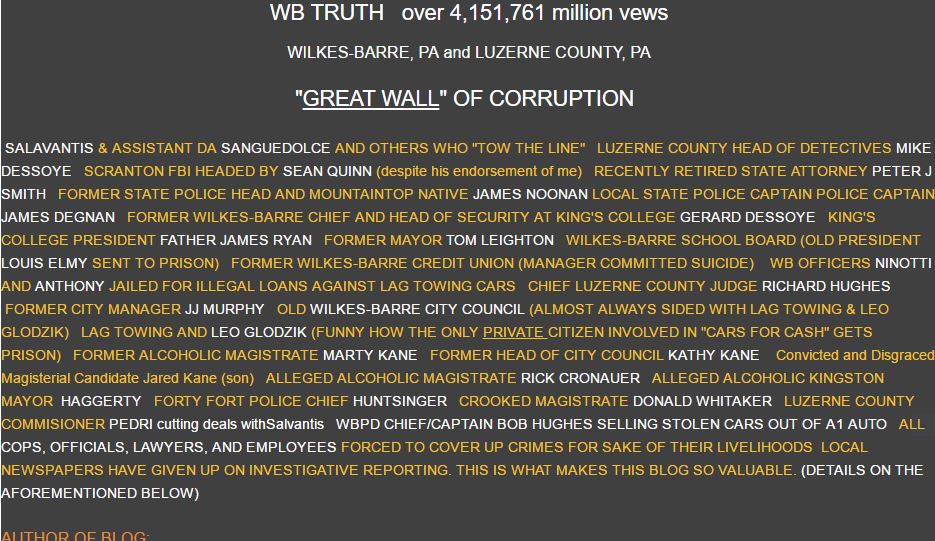 Read more about wall of corruption see next post. 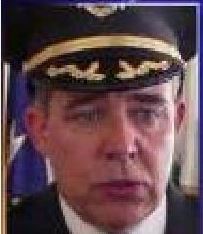 Advice to King's rape victim... get a trial as far away as possible from Luzerne County corruption... and then sue King's College so that they are publicly shamed. Then retire off your jury award.

Father Ryan President of King's College   Ongoing cover up of alleged Gerard Dessoye (60 year old Head of Security) rape of female dorm student. Holy water? In reality is sewer water. Lackey to Leightons and Dessoyes. It is amazing how priests' collars and silly costumes continue to dazzle and mislead the flock. Beer and bingo anyone? (Find that in New Testament!) 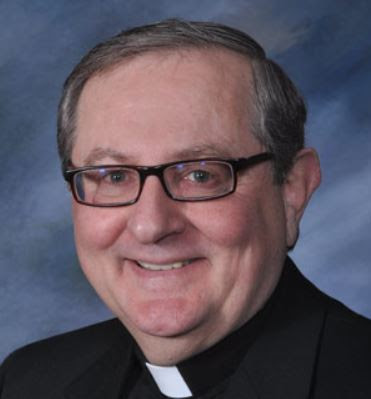 This is a blog. It is meant to arouse passion. I apologize for any offense to good hearted Catholics and good willed KINGS alumni. Counted among my dear friend are KINGS alumni Vito DeLuca (honest DA candidate), Mike Pasquini ("Crimson Lion" owner), and the socially conscious Tedd Max.  This is about the sanctity of the Catholic community and the security of its students. Something very serious happened at KINGS Ciollege with Gerard Dessoye. Cover ups fester problems. Identity of issues ultimately makes them more manageable. Like the pedophilia cover ups, Father Ryan's most prudent move would be to take a strong public stance or abdicate his position to a person of more integrity and courage.

The blog post (below) was sent 2 years ago... hmmm... was I right on the money? I have the the E mail I sent to King's warning of this hire. They ignored me. Dumb.

"KING's does not want you to see this. But they know what you are about to read. Several activists made King's aware of the perils of taking on Gerard Dessoye (Head of Security, former WBPD Chief) as a "gift" to the city of Wilkes-Barre in exchange for Leightons' scams and/or secret deals. In fact activists have notified other employers who listened to our concerns and did NOT make the Dessoye hire. 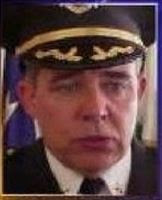 Both Leighton and Gerard Dessoye are alcoholics. "Father" James Ryan is a very, very dishonest man. Bad trees bear bad fruit and I do not think King's will profit from this man. If you lay down with pigs you will get dirty and your reputation will suffer. Holy water can never take the place of integrity.

PARENTS OF KING'S COLLEGE:  I suggest you question the hire of Gerard Dessoye. Do you think KING's actually hired the best man for the job? If Dessoye was using heroin with Catherine Meehan (who spent time in NY prison for stabbing a fetus)... why do you think this behavior has changed? Given that the alcoholic Gerard Dessoye was enabled and just handed a job why would he have reason to quit any addictive behavior? Corrupt cronies have always covered for him to include his brother Mike Dessoye in the courthouse who knew all of what you read below (or he is the worst detective in history).

Given that King's administration knew of Dessoye's deficiencies and hired him anyway... they have opened themselves up to a massive lawsuit if there is a serious incident at King's and Dessoye is impaired. Dealing with the devil brings consequences.

It would seem to me that the minimum requirement is that the Head of Security is clean and sober. ... but that would make too much sense!!

Described below is just part of Dessoye's wide scale corruption. He was also a key part of "Cars for Cash"...  the massive auto theft scandal led by Leo Glodzik. He allowed cop John Majikes to ride an illegal car for more than a year which may have a tie in to the Credit union scandal and the suicide that occurred.

Though my pereception and relations with some law enforcement agencies has improved... I stand  by what I wrote a few years ago. 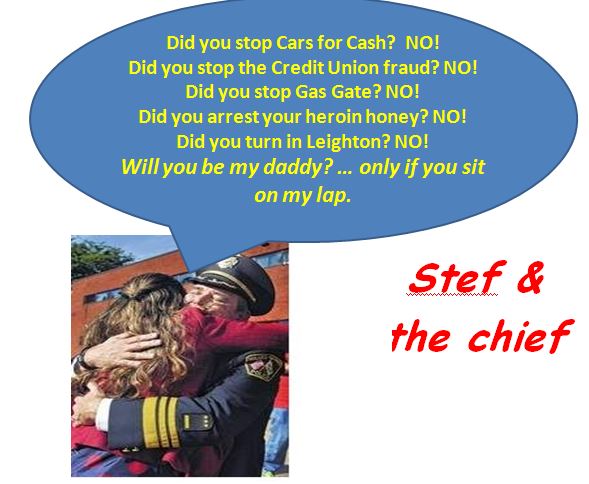 LOCAL CORRUPT  PLAYERS:   "CORRUPT" is minimally defined as officials who know of crimes of other officials and fail to report them or press charges. 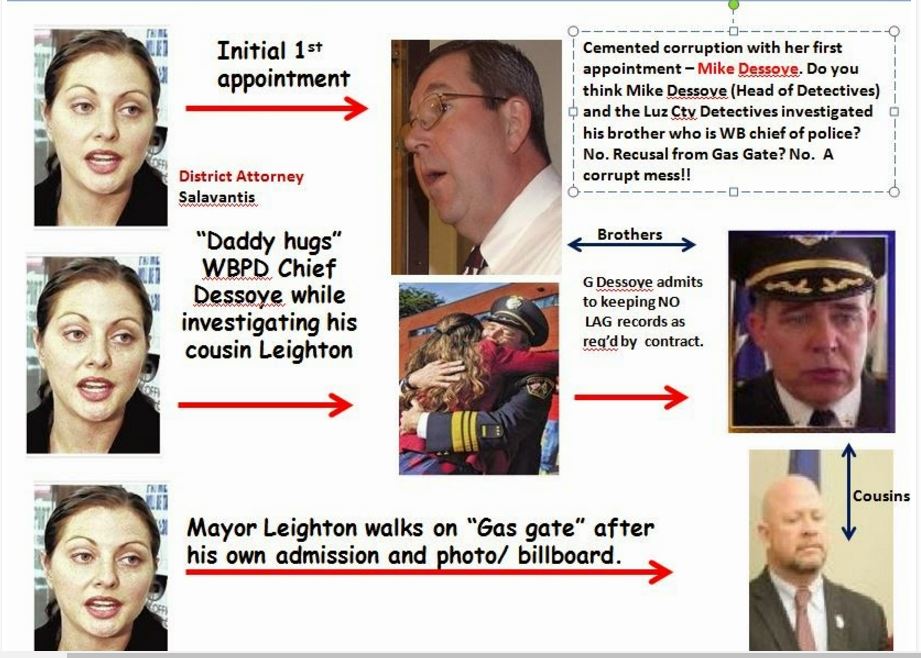 Mike Dessoye Head of Luzerne County Detectives   The County puppeteer... the granddaddy of cover ups. Widely known that he (as father figure) directs the "Child DA" (Salavantis) in her duties. When do you ever hear of County Detectives doing honest work for their $100,000 salaries?

Stefanie Salavantis Luzerne County DA   The master puppet. "Played" by all her "father figures." Tossed many DUI's from friend's law firm. Had her own DUI tossed by Pennsylvania State Police. This corruptly influenced DA election.

Former Mayor Wilkes-Barre Mayor Thomas Leighton   His crimes and cover ups are legendary. Too many to list. Partners in corruption with infamous JJ Murphy, Leo Glodzik, Father Ryan, and the Dessoye brothers. 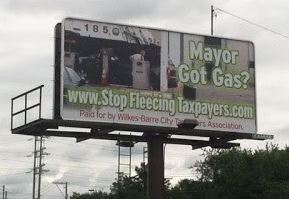 Sam Sanguedolce Assistant DA   In his role as Asst DA was active in tossing out DUI's from his law firm. Chronically has driven drunk. Covered up for DA DUI where he was passenger along with State police. Alleged alcoholic His car is photographed in "hidden" spot at BREWS BROTHERS BAR 3-4 AM weekdays. He likes to take skanky women out late. And he is responsible for disseminating justice? 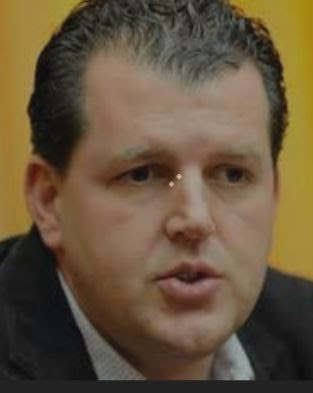 Former Mayor Wilkes-Barre Mayor Thomas Leighton   His crimes and cover ups are legendary. Too many to list. Partners in corruption with infamous JJ Murphy, Leo Glodzik, Father Ryan, and the Dessoye brothers. 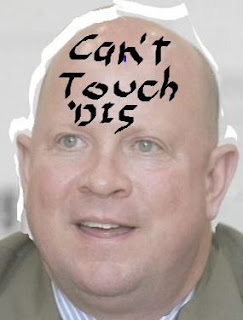 James Degnan Captain Pa State Police Wyoming Barracks   Was Captain of State police when DA Salavantis crashed her car (into pole) as part of a DUI. Engaged in complete cover up before the DA election putting DA job in hands of "child" (Salavantis). Reputed to be disrespected by State Police across the state. 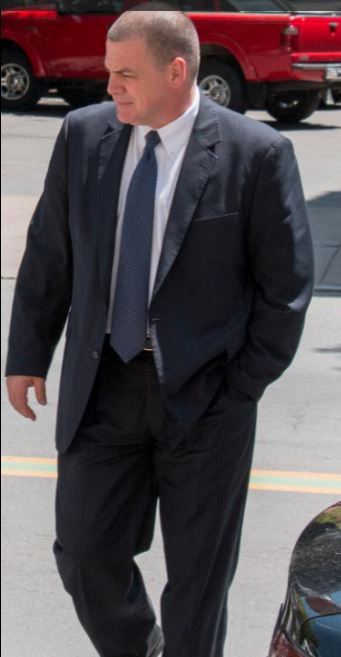 Chief Luzerne County Judge Dick Hughes   He was actively campaigning with Salavantis when she had DUI. He kept silent. He had the audacity to brag that he had ebdorsement from (highly corrupted) police. Spent the most to win election... almost $200,000. "Disingenuous" is his middle name. I know. I have known him for 40 years. He "played" my deceased dad (who battled impairments) like a fiddle. Sickening. None of my brothers or mother disagree with me or are willing to defend him.

FBI Scranton Division   I worked with them on a successful sting. They have spoken of me very highly and commended me in writing. But they have failed us. They know where all the "bodies are buried" and are (imo) protecting many corrupt officials. Where are the indictments? Noonan brothers... one in FBI... other a Luzerne County Detective. Peter Smith is gone as State Attorney. NO MORE EXCUSES! If Leo Glodzik is in jail... at least 100 police and officials helped or looked other way regarding the LAG Towing Auto theft empire. FBI  PLEASE SHOCK US!! INDICT A TOP OFFICIAL!!! The cover ups amassed are absolutely astounding.

Luzerne County Commissioner Dave Pedri (I am told through a trusted source) agreed not to run for District Attorney if Salavantis would cover up for Pedri's father who stole $100,000 of public money (Hazleton). Pedri (the father) was then was arrested by federal investigators only after I made this "back door" deal public. Dave Pedri also called me personally when working for former District Attorney to "not bring the LAG Towing mess" to the DA. They didn't want it. At this time I made "DA-to be" Salavantis acutely aware of "Cars for Cash" (LAG Towing). It was only after a state policeman's father was victimized that the DA moved (all private complaints ignored) against LAG Towing. As you know the Head of LAG Towing is to serve 30 months in federal prison. He should have plenty of company.

Former PA State Police Captain James Noonan (grew up locally)   Actively shopped the degenerate Gerard Dessoye (former W-B Police Chief) for employment opportunities after Desssoye resigned amidst many public felony accusations. In his position he had to know as much as anyone... and he did nothing. Hell awaits him. 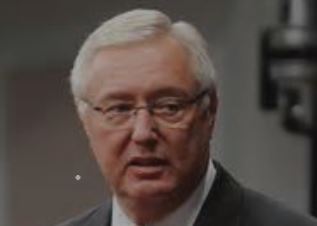 Former U.S. Attorney Peter J Smith   Wrote me personally about starting an investigation... and then proceeded to indict virtually no one. He is rumored to have tied the Scranton FBI's hands. 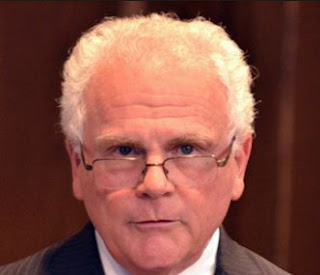 FORTY  FORT (near Wilkes-Barre) Police Chief Dan
Hunsinger   I approached the Forty Fort police to file harassment charges against a demented woman who was sending me lewd and anonymous letters. The Pa State Police told me Hunsinger had to accept my charges. There was absolutely no "wiggle room." Yet Hunsinger would not accept my charges. He literally denied me access to the system of justice available to everyone else? Why? Because Hunsinger colluded with WBPD Chief Gerard Dessoye (who as you know I was a critic of) who instructed Hunsiger to freeze me out. 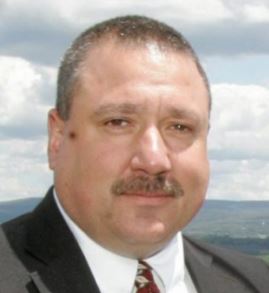 For info on the following people... Google "WB Truth" and their name to find posts related to them...