Luna Clark (approximately age 22) was likely courted  by Francine Rahe (Head GT Trainer) during Part 2 of Gratitude Training in June 2017. There was an exercise where we the participants were asked to close our eyes and were asked a series of personal questions... some pertaining to felonious criminal acts against children.

One question was: Have you ever molested anyone? I told myself... F this... I am not shutting my eyes for this... I want to know who the child molesters are. As clear as the "noon day sun" I saw Kiah Luna Clark raise her hand. I am "polygraph ready" sure of what I saw. I did my civic and legal duty by reporting Luna Clark to the authorities (they claimed they need a specific victim). The trainers and staff of GT repeatedly and brazenly break the law by not reporting the molesters within. It appears that there is a calculated reason. New Beginnings has a team to build. A sex trafficking team.

Like the NXIVM cult recently featured on ABC's 20/20... Gratitude Training (founder and self appointed guru Jo Englesson) looks for material for blackmail. In fact my understanding is that these sessions are secretly recorded and/or videotaped by Gratitude Training for the express purpose of having students commit "blood oaths" unbeknownst to them. Though it may not seem possible, I believe that GT is even more diabolical than the meanest street gangs where at least there appears to be consent and knowledge that an oath is being made and carried out. If murder is "death sentence worthy"... what is the price to pay for the sex trafficking of hundreds of young biological females?

Nothing is sacred in those rooms. All material will be used against those who don't "play the game." If you are wondering about me... they put me through a five hour deposition. Fortunate for me I don't have a criminal history to cover for. I don't have any violence in my past. All I have are false allegations... some of which GT has doctored. 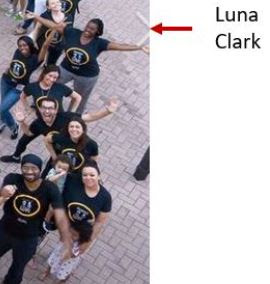 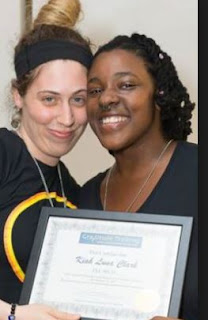 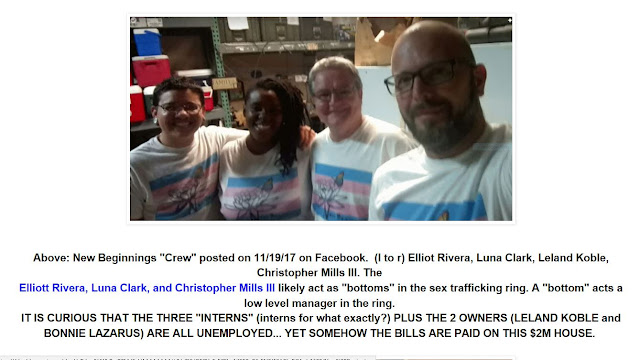 Elliott Rivera and Kiah "Luna" Clark were dating when I knew them Summer 2017. 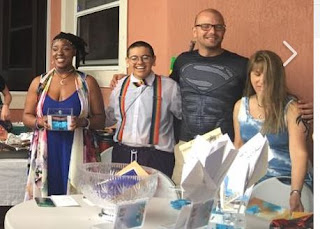 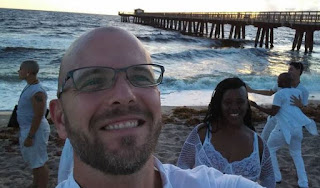 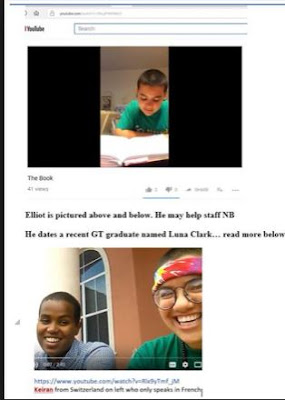 The African American girl on the left represents a prototypical New Beginnings victim.
This girls speaks French, is from Switzerland, was flown in by herself... and is as vulnerable to being trafficked as any young person could be. It is apparent she would not be missed.

This is how New Beginnings works!
Where is this girl now? Sold? Still being trafficked? Dead? 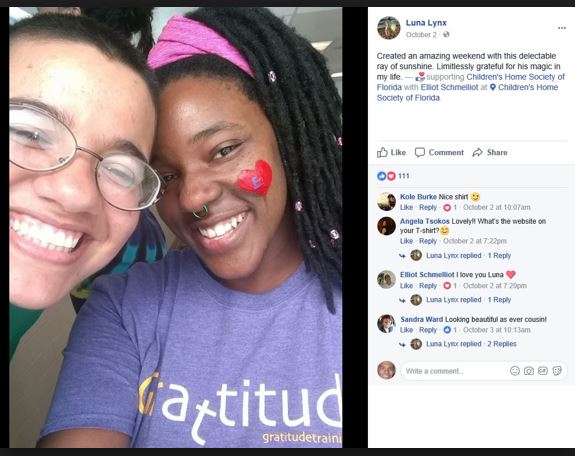 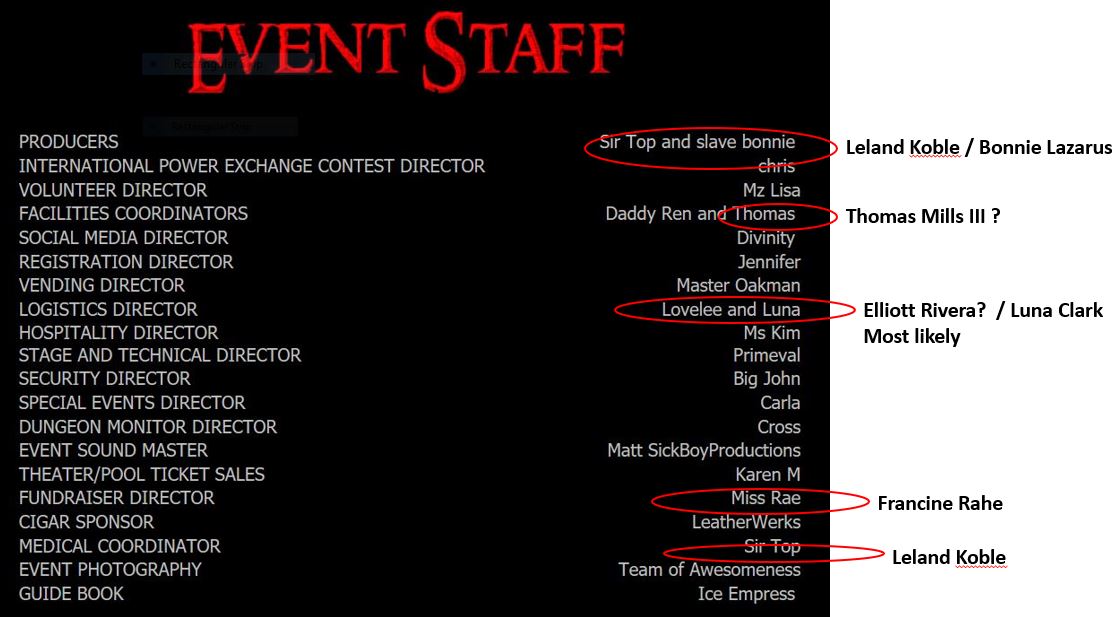 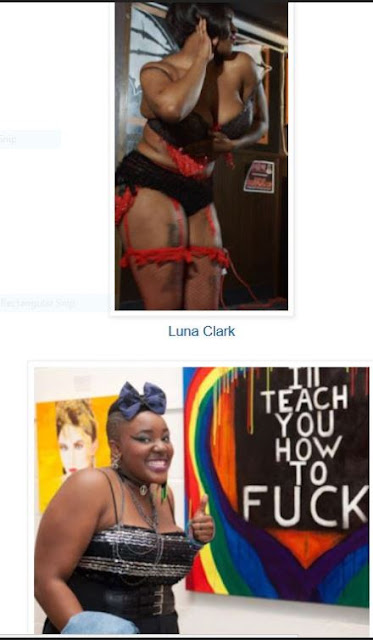 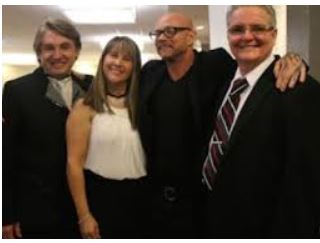 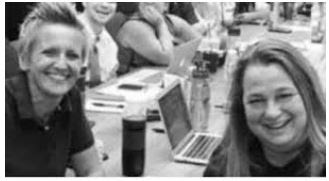 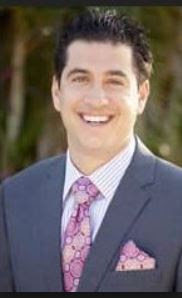 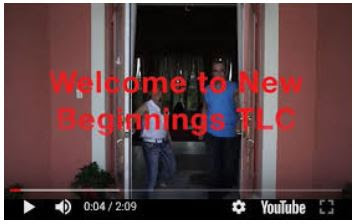 Above: Bonnie Lazarus and Leland Koble
House of "sex slaves" 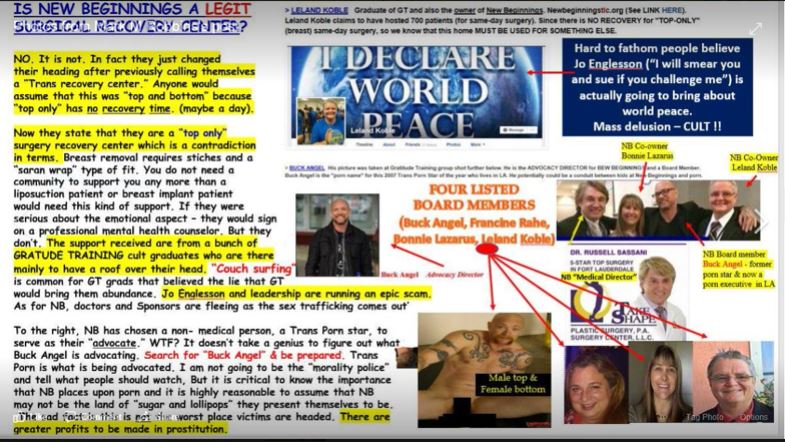 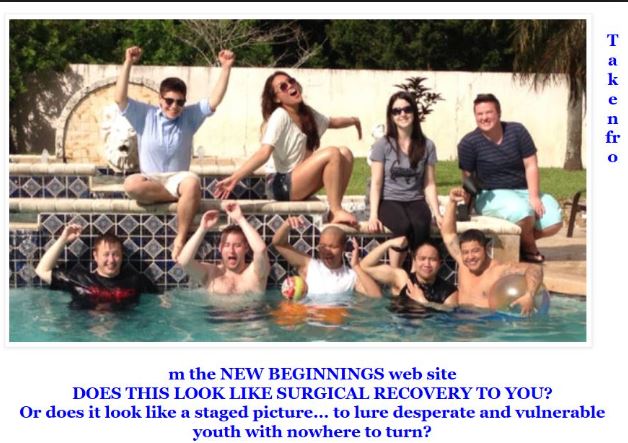 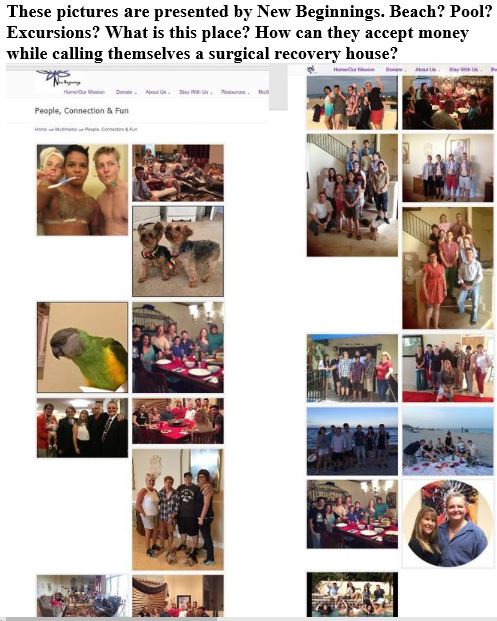 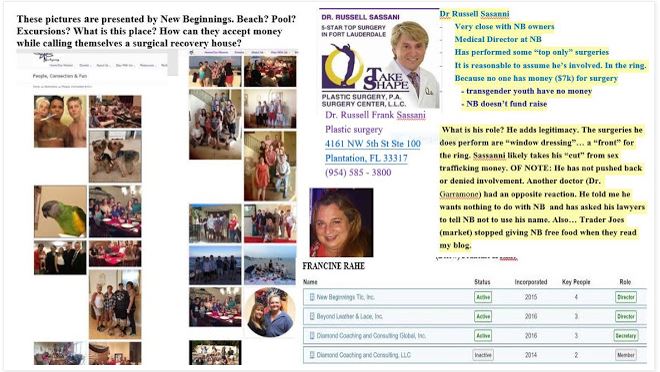 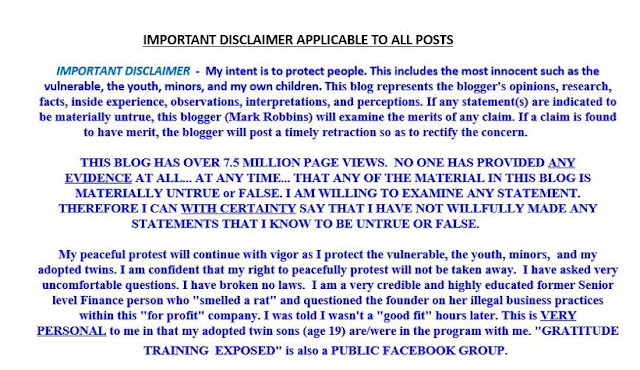