Someone has stepped forward with incredibly damning information.

Someone has gifted me with material that I promise you will cast DA Stefanie Salavantis in a light worse than our State Attorney General. If Salavantis doesn't resign before the election she should. When you see what I know to be true you likely will be livid as I currently feel. I need to put finishing touches on what I have. For safekeeping I have given copies to four individuals who have been with me from the start four years ago in our collective fight against corruption and racketeering. Get ready for new black eyes on our county... and hopefully prison.

The Child DA (Salavantis) has crossed the line... and is next

Salavantis WILL BE next

We have accomplished a lot for no pay 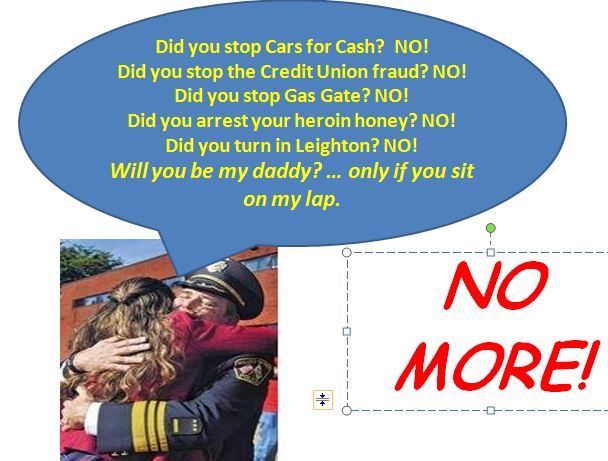