Blood in Blood Out


Blood in… Blood out 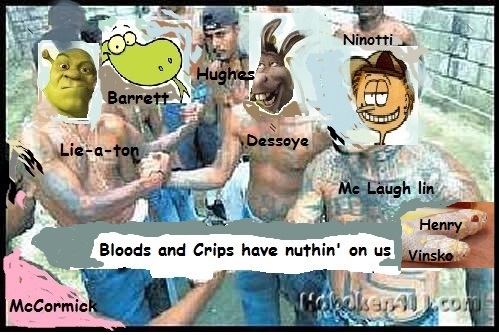 Gang members frequently refer to joining a gang as "Blood in - Blood out."  This is particularly true of prison gangs.  "Blood in" requires the prospective member to shed the blood of someone by assaulting them or murdering them.  "Blood out" refers to the only way a member can leave the gang - either by his natural death or his death at the hands of the gang.

This analogy fits with Mayor Thomas Leighton and Chief Dessoye. No, nobody has been murdered. But their inner circle clearly represents a gang. If you don’t think so… I ask you to read my July 15 blog whereby the city willfully and systematically “took down a business” using city police. These police knew they would be fired if they were not to obey a command. They have been forced to act beyond their personal scruples… for years. 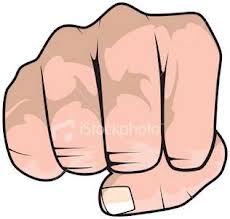 City Council President Bill Barrett, Controller Kathy Kane, Councilman Mike Merritt, Head of City Operations Buth Frati, and the Sherriff are all “bedfellows” as part of the civil lawsuit against them by Thom Greco. This is the one of the most righteous and just lawsuits I have ever seen. I believe Greco will win.

“Blood In” – Corrupt one’s self to “get on the ins” with Leighton… or simply lie and cover for him as a spokesman or manager. Do you think city manager Maureen McCormick knows nothing about the 7 year LAG reign of terror… or Gas Gate… or the many other scams? How about solicitors Henry and Vinsko?

Does anyone honesty believe that as a cop, if you weren’t part of corruption – that you have had any chance of being promoted?

Leighton and Dessoye are out to protect themselves – not others. Please do not be fooled.

“Blood out” – This represents the financial devastation one would experience if one were fired. As a rule, city employees would find it impossible to match their salary elsewhere.

Wilkes-Barre, The Land Of Milk And Honey. And Drugs. And Murders. And Knifings.

From Mark Robbins:  Betty, you hit the nail on the head when you said, “And, Mayor Leighton, you should be working in tandem with Ms. Raup’s Crime Watch Coalition.”

Crime watch could add hundreds of eyes and ears every night… but Leighton won’t work with them.

Why? The only ones who get near the “King,” to include cops, are those who are corrupted. Who was pegged as the next chief (before nobody would hire Dessoye)? Captain Robert Hughes – the ultimate LAG insider. (Google “WBTruth” and go to July 15 to read more.)

I believe Leighton is far more responsible than you think. The honest cops don’t rise through the ranks and as for the honest citizens... Leighton will not work with them.

He MUST BE removed before this city can heal. We have no shot while he is in office.