Assistant DA Molly Morabito stood on principle. And she lost. She refused to take money from other attorneys in her run for one of the Judicial openings almost two years ago. She lost by the skin of her teeth. Some of the winners collected thousands of dollars from fellow lawyers. 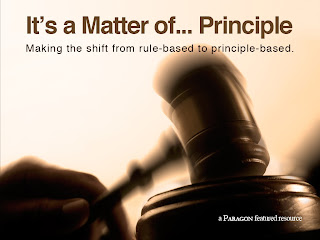 1)    We the citizens will not forget Molly Morabito’s principled stand. There will be other elections and we will remember! Molly - you make us proud!

2)    We would like to know if the “winners” are fully disclosing “who gave what to whom.” At least one attorney claimed that he/she would disclose to both parties in a hearing if he/she received money from any of the counsel. That would seem to be minimally appropriate. Is it being done? ... or were these hollow words to get elected?

How about disclosing money received from the attorney and/or the defendant/plaintiff?

Shortly letters will be sent to all Judges to see what their practices are regarding this disclosure issue. The Wilkes-Barre Independent Gazette and Wake Up Wilkes-Barre may assist in the process. Other media outlets will likely be apprised of the results. What's at stake?  A fair justice system. That's all.

Tonight (Thursday 7/16) at WB City Council Mayor Leighton says he’d be willing to sell the Municipal Golf Course ("Muni") and the land around it. This is 500 acres – the size of Ashley. This represents a change of face from when I last saw him deny that he would sell it.

The Mayor admitted he had a fundraiser last Thursday. A very, very, very private meeting. To Frank Sorick, he very arrogantly said, “Yea, I had a fundraising event – a very successful one in fact.”

We anxiously look forward to the next report to find who slithered out to "Muni" to grease the Mayor's palm. It was so secretive one wonders if the lights in the club house were turned on. I heard donors had to wear masks so they wouldn't be identified as  Leighton donor. I believe the filing deadline is September. We will print names and numbers.
So what's on tap for the weekend, Mayor? Going to the shore at your city solicitors/ cousin's (Vinsko's) beach house? All in the family.