The Times Leader reported that Stefanie Salavantis is dropping the issue with the security cameras at the JJ Murphy and Leighton residences. http://www.timesleader.com/news/local-news/647139/DA-dismisses-security-system-complaint-against-Leighton-Murphy
In opposition to some of my peers – I believe Ms. Stefanie Salavantis is correct.


The Police Chief can issue these systems for the protection of city personnel. Did they spend too much? Yes. Did they take advantage of a situation? Of course. When have they not?


However, lest you think Murphy rides a white horse, I provide to you the scam he pulled on the city of Wilkes-Barre regarding the Parking Authority. Here is what the city was paying per hour (unbeknownst to most everybody). 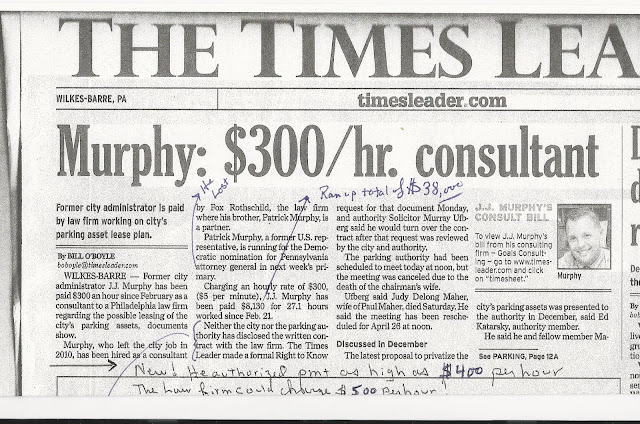 
Total = $900 per hour     To go as high as $1,100 per hour
Additionally, JJ Murphy is named in a lawsuit against the city. The lawsuit states that Murphy satisfies the element of “intent to harm” by interfering with a contractual relation as wells as a “tortious interference” claim against a local business. Federal Judge Richard Caputo refused to dismiss the charges against Murphy.


This lawsuit is expected to be the biggest civil rights lawsuit in NEPA’s history. Thanks JJ.


Murphy – you left with you tail between your legs in a fog of shame and embarrassment. You left so fast you left your family behind. You may call people in the article idiots… but you will long be remembered as the snake. Go slither in your hole. 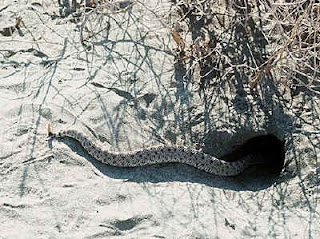